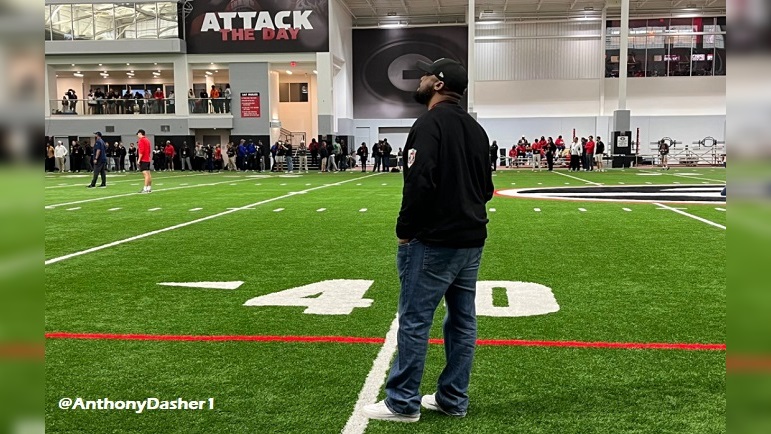 The Pittsburgh Steelers have lost three wide receivers in free agency this offseason as JuJu Smith-Schuster, James Washington and Ray-Ray McCloud are all now members of other teams. Those losses have the Steelers wide receiver room lacking quite a bit and because of that, we can likely expect a few more at that position to be added long before the OTAs get underway. Steelers head coach Mike Tomlin even said as much during his Sunday sit-down with Missi Matthews of steelers.com.

Tomlin was asked on Sunday to describe how he sees the team going about adding to the wide receiver position moving forward on the heels of Smith-Schuster, Washington and McCloud all leaving via free agency these last few weeks.

“Still very much in development and we’ll continue to work free agency,” Tomlin said. “We’re preparing for the draft. Obviously, we have some shoes to fill in that room, but I’m confident that we’re gonna be capable of doing that. I like the talent pool, particularly in the draft. [Have] been studying that here in recent weeks and feel really good about our abilities to round that group out.”

The Steelers did sign unrestricted free agent wide receiver Gunner Olszewski to a two-year contract last week but he’s more of a returner than anything else. In short, he can’t be counted on to add much to the wide receiver room. Currently, the steelers also have Anthony Miller and Steven Sims in the wide receiver room alongside Diontae Johnson and Chase Claypool but both of those former players aren’t locks to make the 53-man roster this year. While Both Miller and Sims had cups of coffee on the active roster last season, neither played many snaps.