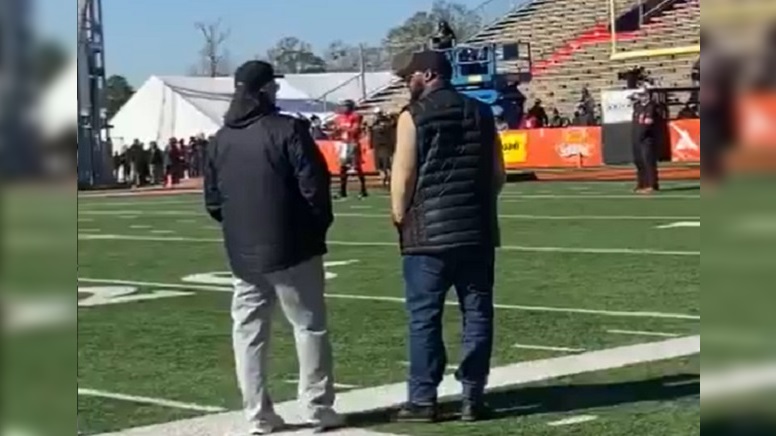 The Pittsburgh Steelers will be shifting gears significantly in a way that they have not had to in many years, with the pending exit of Kevin Colbert from the general manager chair as he steps down, possibly to remain in a reduced role. But that won’t completely upend the team’s scouting evaluation process.

While it is entirely possible that a new general manager will want to shake things up in the scouting department, the reality is that head coach Mike Tomlin has long been an integral part of not just the drafting decisions but in the scouting and evaluation process as well, something that Colbert discussed on Steelers Nation Radio last month.

“He’s unique because he really loves it. He loves that part of the process. Obviously he’s a great coach, but he understands and respects the evaluation process, and he wants to be a big part of it”, he said. “He enjoys it, and he’s very good at it, and he gives us great information from a coaching perspective as a part of the evaluation. Very fortunate to have that”.

Colbert was first hired by the organization in 2000, and Tomlin was hired in 2007. They have enjoyed a 15-year partnership working in unison in establishing a draft board and in making decisions on who to draft during that time. It’s not, he said, unlike the situation he walked into with Bill Cowher.

“Coach Cowher was much like Mike in that regard, because he was a big part of that process in Pro Days and interviews, and to have those coaches enjoy and be a big part of it has been very valuable”, he said about the man he first worked with for seven seasons from 2000-2006.

While it is not unique for a head coach to be as involved in the scouting and evaluation part of the process as is Tomlin—certainly Bill Belichick is in field of his own, as he also acts as the New England Patriots’ general manager, for example—it is also true that there are many head coaches who have a far more hands-off and deferring role.

“Each organization is different”, Colbert said, acknowledging that as time has gone on and the offseason has evolved, it has enabled coaches to be more involved in the process. “I can’t say when Art Rooney Jr. and Coach [Chuck] Noll were together how they shared those responsibilities because there weren’t Pro Days, and the Draft was in January, so you didn’t have a lot of time for coaches to be involved”.

The Steelers have been clear in stating that they do not intend to hire a new general manager until the 2022 NFL Draft process has been completed, but they have interviewed more than a dozen candidates for the job, including a couple of internal candidates. Whoever they hire will surely be comfortable working closely with a head coach in this fashion.