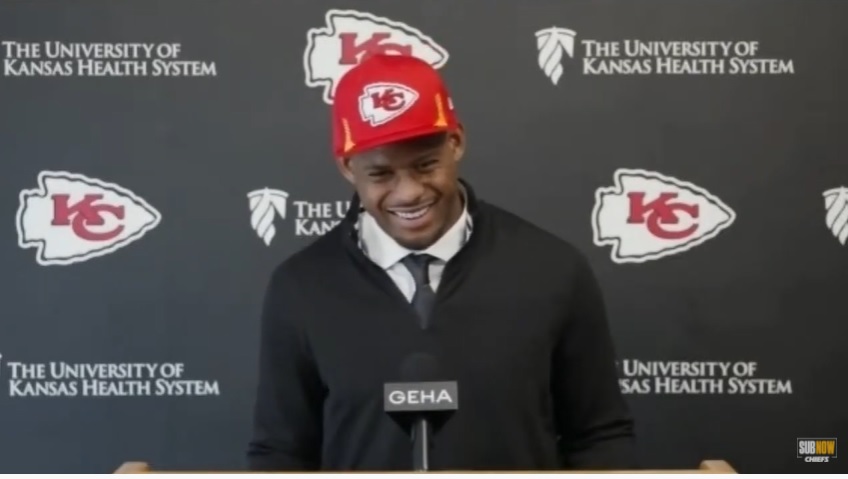 JuJu Smith-Schuster had the opportunity to become a Kansas City Chief last season. He turned them down, choosing to stay with Pittsburgh another season.

He wouldn’t turn the Chiefs down twice.

Smith-Schuster signed a one-year deal worth up to $10.75 million on Friday, though the deal is full of incentives that make up the majority of the contract. In his first press conference as a Chief, he explained why he accepted Andy Reid’s offer this time around.

“I just thought this opportunity fit more for me,” he told reporters via the Chiefs’ YouTube page. “In the sense of coming here and playing for Andy and obviously the OC and everyone else. Seeing the opportunity where I can prove my skills and see what I can do.”

By signing with the Chiefs, he’ll join one of offense’s most potent offenses surrounded by weapons like Tyreek Hill and Travis Kelce, with, of course, Patrick Mahomes throwing him the ball. To hear it from Smith-Schuster’s camp, the Steelers weren’t all that interested in bringing him back, but Smith-Schuster said the chance to play — and win — in KC was hard to turn down.

“It was a big part of the process. You go into free agency and you find out who is going to be throwing you the ball next year. It came down to [Patrick Mahomes]. I’m excited. I’m happy with my decision.”

Even if the Steelers showed legitimate interest, convincing him to return to Pittsburgh was a tall task. The Steelers are writing a new chapter and won’t be considered one of the top five teams in the AFC while the Chiefs enter another year as one of the favorites. Smith-Schuster repeatedly said he returned last season for two primary reasons, Ben Roethlisberger and WRs Coach Ike Hilliard. Roethlisberger retired and Hilliard was let go, making it clear Smith-Schuster was going to go elsewhere.

Despite a down 2021 that included a shoulder injury that caused him to miss most of the season, Smith-Schuster said he doesn’t wish he would’ve done things differently.

“I have no regrets on my decision last year.”

After taking one-year deals in consecutive seasons, he’ll try to rebuild his market value in 2022 as part of the Chiefs’ passing attack. They should be able to get him the ball downfield more than the Steelers did his final three years, which will increase his odds of a long-term deal this time next year.