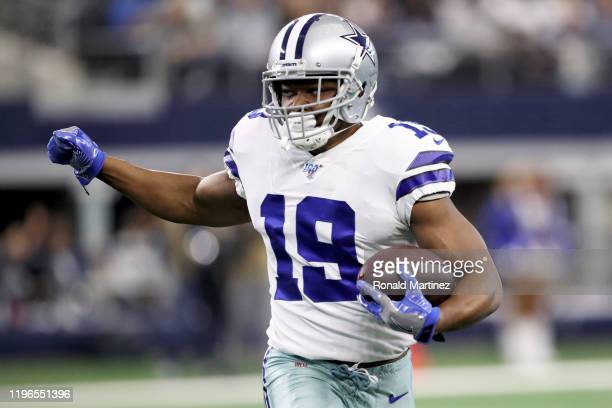 The Cleveland Browns have been searching for a big-time weapon at receiver. Today, they found one. According to NFL Network’s Ian Rapoport, the Browns are trading for Dallas Cowboys WR Amari Cooper.

Source: The #Browns are trading for #Cowboys WR Amari Cooper.

Josina Anderson was the first to tweet the news, though indicated the deal was not official.

The Cowboys have decided to keep WR Michael Gallup over Cooper, deeming his injury history and salary too much to keep on the roster. According to ESPN’s Adam Schefter, the Browns are trading just a fifth- and sixth-round pick. Dallas is also sending a sixth-round pick to Cleveland. Cooper’s large contract hurt Dallas’ leverage, allowing Cleveland to give up little compensation to acquire him. The Browns are taking on Cooper’s entire contract.

In 15 games for the Cowboys a year ago, Cooper caught 68 passes for 865 yards and eight touchdowns, though he battled and played through injury throughout the season. Not turning 28 until June, the Browns get the clear #1 receiver they’ve been searching for as they enter a critical year evaluating QB Baker Mayfield.

Pittsburgh will now be tasked to cover Cooper twice a year. Ditto with Bengals’ star receiver Ja’Marr Chase. The Steelers lack a true, #1 corner and struggled against Chase and other top receivers last season. Finding a lockdown player, though difficult to do and undoubtedly expensive, would be a wise move.