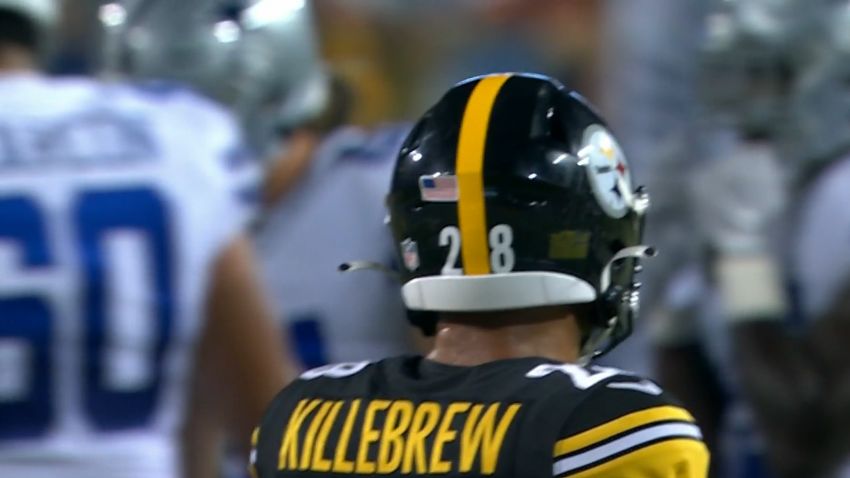 Reasoning: The six-year veteran safety has agreed to return to the Steelers on a two-year, $4 million contract after offering standout special teams play for the squad in 2021.

Raise your hand if you had Miles Killebrew as the first player to be covered more than once in the offseason segment of this column. The Steelers made their first significant move of the offseason, though it has not yet been officially announced, agreeing to terms to bring back veteran safety Miles Killebrew.

A former Detroit Lions special teamer, Killebrew signed a one-year veteran salary benefit contract with the Steelers last offseason. He quickly became in integral member of their special teams, logging more than 300 snaps in about every unit.

The highlight of his efforts, of course, consisted of not, but two blocked punts. The first came in the Steelers’ season opener, an away game against the highly-favored Buffalo Bills. The loose ball was recovered and returned for a touchdown by Ulysees Gilbert III, and helped propel Pittsburgh to an upset victory.

His second blocked punt came against the Los Angeles Chargers, and played a key role in that game, helping to spark a comeback that would ultimately fall short. Trailing 27-13 early in the fourth quarter, he got a hand on a Ty Long punt which ultimately gave the Steelers possession on Los Angeles’ three-yard line.

It took them five plays (yes, five), but they punched it in. The Steelers would ultimately take a 37-34 lead with three minutes to play, but the Chargers were able to come back after blowing a 17-point lead. Still, it is a reminder of how important special teams play can be.

And that is the reason teams sign players like Killebrew to contracts that measure up to more than the minimum. While $2 million per season is not a huge pay raise (his veteran salary benefit deal this year would equal $1,272,500), I certainly wouldn’t complain about making several hundred thousand more.