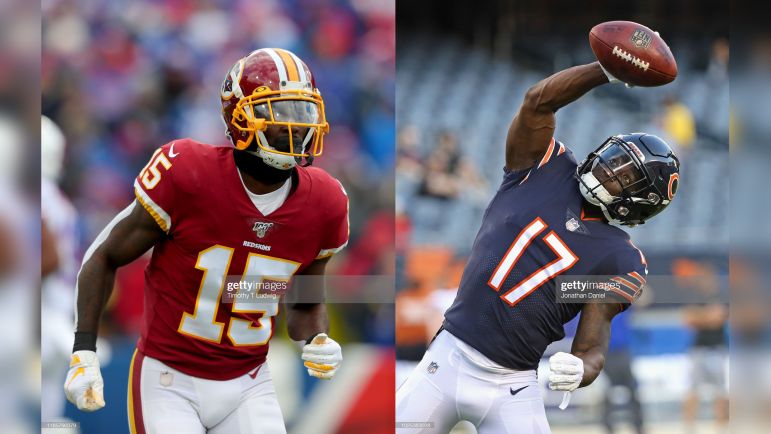 Question: Will either Anthony Miller or Steven Sims factor into the wide receiver equation this year?

Over the course of the past week, the Steelers have watched 60 percent of the wide receiver room that that brought into the 2021 season sign elsewhere, and that includes one of their starters, JuJu Smith-Schuster, who took his talents to KC.

They still retain Diontae Johnson and Chase Claypool as their top two wideouts, but the only other wide receiver who finished the year on the 53-man roster is Cody White. The Steelers added Gunner Olszewski in free agency, but he was brought in for his return abilities. His potential offensive role is unknown, and not preferred.

But there are two veteran wide receivers who spent most of the year on the practice squad. Steven Sims and Anthony Miller both had some production in prior stops before finding their way to Pittsburgh over the course of the 2021 season.

They didn’t get an opportunity to contribute last year, but could at least one of them emerge as a meaningful depth player, at least a number four guy? Both are slot-capable, and could at least be a number two slot option, somebody who could play in a four-wide look, if they could ever convince themselves to take Najee Harris or Pat Freiermuth off the field.

It goes without saying that the Steelers have to address the wide receiver position, and they’re bound to draft at least one player, maybe even two if draft resources allow for it—which is unlikely. And they do have a good track record for rookie wide receivers being able to produce. But it’s worth at least taking note that Sims and Miller are in that room, as well, and that they were signed to contracts after the season.

Then again, so was Deon Cain.