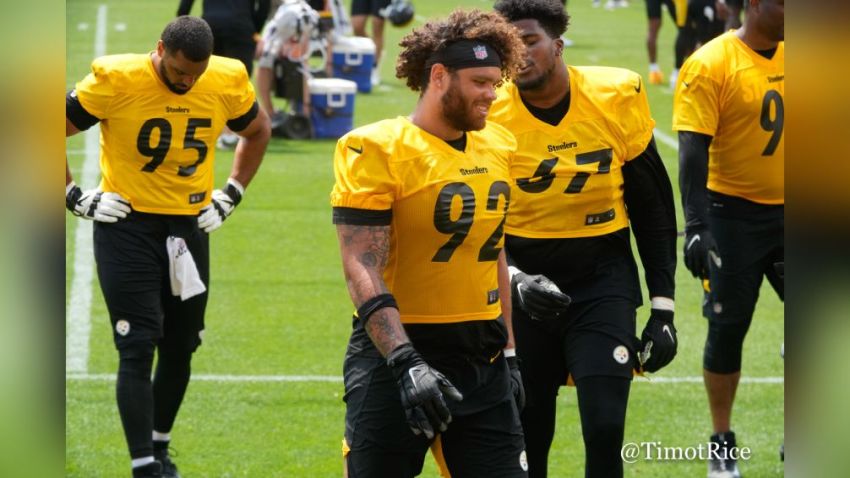 Cameron Heyward: Was the 2021 season the best of Cameron Heyward’s 11-year career? It’s certainly a possibility. It was his second season with double-digit sacks, and he even had an interception and more than his fair share of batted passes.

Stephon Tuitt: You know the story here, partially because I already elaborated on it in a summary in an article earlier today. Tuitt was not available at all in 2021, but if he is in 2022, he could be a huge game-changer.

Chris Wormley: Wormley played over his head last season because of Tuitt’s absence. While the downgrade was significant, that says as much or more about Tuitt and how simply good he is and how his talent transcends the fundamentals of the position. For the most part, Wormley did his job, and would be a quality number three as he was meant to be.

Isaiahh Loudermilk: The rookie fifth-round pick was supposed to have a redshirt year, but was pressed into duty because of injuries. He looked very raw early on, but his talent began to peek through as the season progressed, showing indications of a potential reliable future role player.

Henry Mondeaux: Mondeaux was promoted to the 53-man roster in 2020 largely for his special teams abilities. The Steelers didn’t ask him to do that last year, but they did call on him to play over 200 snaps on defense due to injury. The hope is that they won’t in 2022.

Daniel Archibong: Signed to the practice squad at the start of the season, Archibong was elevated for a couple of games during the year, registering two tackles in just 13 snaps. That is obviously a very small sample size against which to judge. He spent the entire year on the practice squad and was retained on a Reserve/Future deal after the season.

An absolutely massive part of this discussion is getting clarity on whether or not Tuitt will be back in 2022, and in what form. If he is back and is his old self, then they can delay any pressing concerns here for a few more years—or, at least one more year.

Wormley performed admirably in a starting role during the 2021 season, growing more comfortable and less inconsistent as the year went on. Loudermilk showed meaningful promise and growth. If they can actually play the three and four roles as they are intended to, the Steelers can have high-quality depth here again in 2022.

Also worth mentioning in this discussion, of course, is Tyson Alualu, who is an end-capable player who moved into their starting nose tackle role in 2020. Carlos Davis, and perhaps his brother Khalil, could factor in at some point as well, but I will discuss them in the defensive tackle column tomorrow.