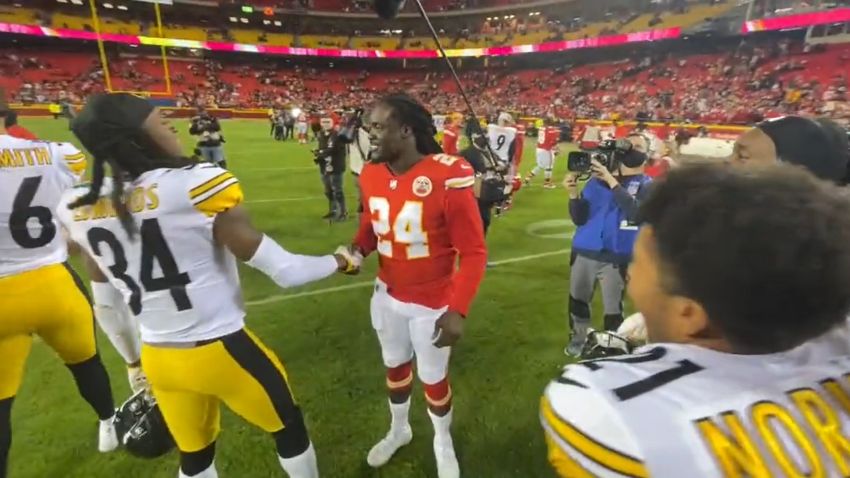 Melvin Ingram may not have finished the season with the Steelers, but he did start it and play a critical role while he was there. Signed to a one-year, $4 million contract at the outset of training camp, he was brought in to provide quality depth on the edge behind T.J. Watt and Alex Highsmith, the latter an emerging second-year player who was replacing Bud Dupree in the starting lineup.

Ingram played in six games for the Steelers before he was traded midseason to the Kansas City Chiefs, logging 246 snaps and accounting for 62 percent of the snaps played while on the team—a higher percentage than he played with the Chiefs, though not by much.

He recorded 10 tackles for the Steelers, with two tackles for loss. He had one sack, six quarterback hits, and one pass defensed, but his impact was felt beyond the stat sheet, as was the case in Kansas City. There, he played in nine games, recording 15 tackles, one sack, and a forced fumble.

While he would not go into detail, Ingram acknowledged after the trade that he wanted it. He praised the organization, as well as his teammates and coaches, but would only offer that the situation was not what he expected to be signing up for.

The prevailing assumption is that he expected to garner more playing time than he actually got, and he saw that his playing time was going to be reduced even further going forward. His early playing time was somewhat inflated due to injuries at the position.

Pittsburgh dealt him in exchange for a sixth-round draft pick, not wanting to carry a player who did not want to be there. Let’s just say there were disagreements over that decision and the rationale behind it.