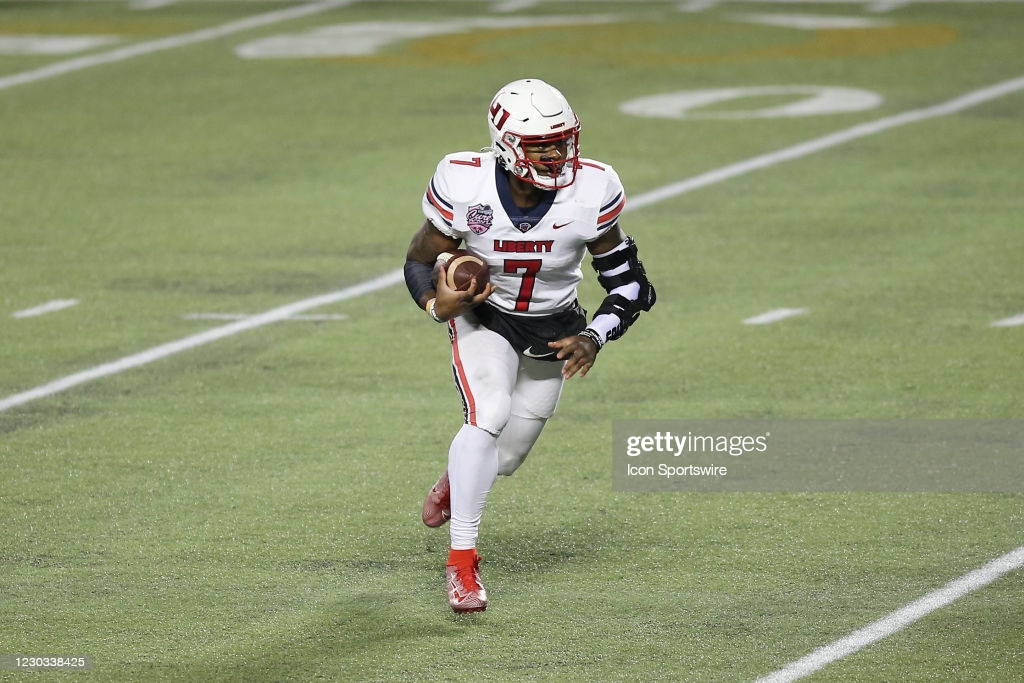 A big talking point we have been hearing is a priority for the Pittsburgh Steelers as they search for their new face at the starting quarterback position is mobility. The team could bring in a free agent or a draft prospect, and today I wanted to look at the 2021 college football season and see how quarterbacks fared among all rushers using Rushing Points Earned from Sports Info Solutions (SIS). 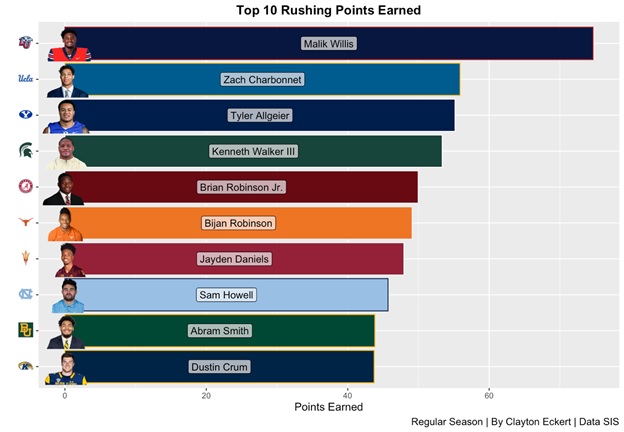 Right away we can see draft prospect and Liberty quarterback Malik Willis is the top player in Rushing Points Earned by a wide margin this season! Just turn on the tape and you can see some special ability, which is even more impressive considering lesser team talent around him than other names on the list. The great Jonathan Heitritter wrote an excellent and detailed draft profile on Willis and his overall game, and I’m eager to see him at the Senior Bowl against strong competition on February 5th.

Another draft prospect that the Steelers will likely have their eyes on is University of North Carolina quarterback Sam Howell, who ranks eighth in the data point! Heitritter also wrote his NFL Draft Player Profile, and personally think he would be a good fit for Pittsburgh with the mobility and arm strength that is needed in today’s NFL. Also being in the Power 5 with higher level competition is a plus, and I’m looking forward to seeing him at the Senior Bowl, as well.

The third draft prospect to round out the top ten at quarterback is Dustin Crum from Kent State. He is a player I know little about being so fresh off the Steelers’ season, so it will be interesting to learn more about him at the East-West Shrine Bowl on February 3rd and in the coming months.

What a weird but exciting feeling for an organization that has had the privilege and longevity from the starting quarterback position with Ben Roethlisberger for nearly two decades?

While there is still much to learn about these players, the takeaway for this article is that Willis provided extreme value to his team as a mobile quarterback with a big gap in value compared to all positions in the running game, with SIS taking much more into account than a 40-yard dash time.

Who are some of your favorite mobile quarterbacks in this year’s draft? What about mobile free agent options you think the Steelers could go with?