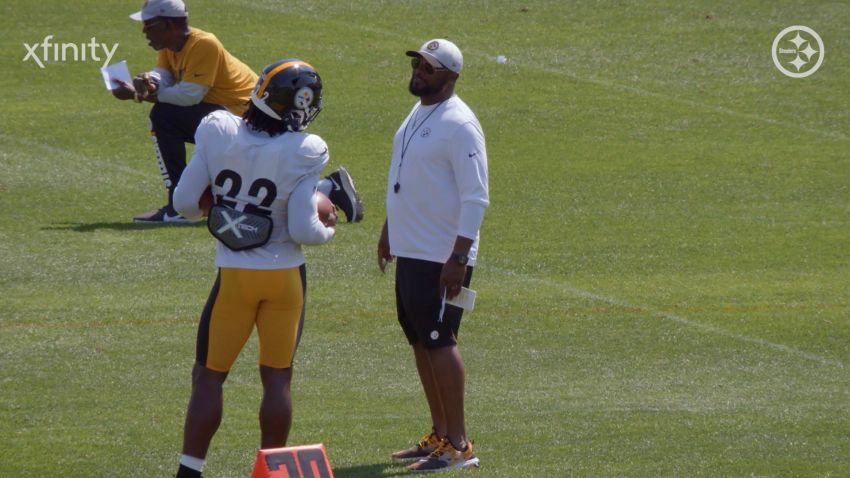 Early on in his promising football career, Pittsburgh Steelers’ running back Najee Harris has been pretty fortunate to play for two legendary head coaches in Alabama’s Nick Saban and Pittsburgh’s Mike Tomlin.

That’s quite the football education to receive as such a young player. He’s not the only one that’s happened to though, as star safety Minkah Fitzpatrick and backup center JC Hassenauer have had the opportunity to experience the leadership and coaching styles of Saban and Tomlin, not to mention former Steelers’ defensive tackle Isaiah Buggs.

However, none of them were ever asked to compare the two until Harris was Thursday while making the rounds on radio row at Super Bowl LVI. Appearing on SiriusXM’s Blitz show with former NFL quarterback Rich Gannon and Bruce Miller, Harris discussed the differences between Saban and Tomlin, though he consistently touched on one similarity: winning.

“So, I mean, you know, those are two different coaches, but they all have one thing in common, that’s winning, you know what I mean? You know, Saban does it at the college level, Mike T does it at the NFL level. But, you know, I mean, they always address it differently,” Harris said to Gannon and Miller Tuesday. “You know, Mike T’s more of a people’s person, you know? I mean, he talks and, you know, goes down in the locker room joking around with people. I mean, he brings the energy there, you know? I mean, he’s a person that you want to play for both, but I mean, Mike T is a person that you just want to do good for, just to see him like succeed.

“I mean, he never had a losing season. That’s hard. And I think maybe people think that’s just like, ah, it’s whatever, but to come across some wins in the NFL is extremely hard. You know? I mean like the weakest team is hard. It’s hard to beat, you know what I mean? There is no weak team,” Harris added. “From looking on the outside in, you would think that like, an 0 and whatever team is not good. I mean like, look at us, like we tied with the Detroit Lions. I was like, ‘oh man, it’s whatever.’ That was probably one of the best teams we played against, you know, just because like, you know, their will enough to fight. And so, the Detroit Lions is great team.

“But for Mike T. to come there and not have no losing season, I think he does an amazing job. Saban’s a strict coach, you know what I mean? All business, all business with him. But, you know, I mean that one thing they’ve got in common is they know how to win.”

Tomlin certainly gets the label of players coach, which is often viewed as a knock against him. However, players want to play for him, compete hard for him and are often in the mix as contenders each and every season, save for this last season. Hearing Harris say that Tomlin is a coach that he wants to play for, one he wants to do well for and see succeed is very telling.

It’s a good bet that many of Harris’s teammates feel the same way the young running back does.

As for the comparison to Saban though, there really isn’t one. Saban is the emotional one, the coach that wears his heart on his sleeve and shows his true emotions throughout the game, whereas Tomlin is more calm, cool and collected. They do have one thing in common though, which is winning.

They’re both at or near the top of the charts when it comes to the best coaches at their respective levels in football. One gets the respect he deserves, while the other seemingly fights for that respect within his fanbase every single season.