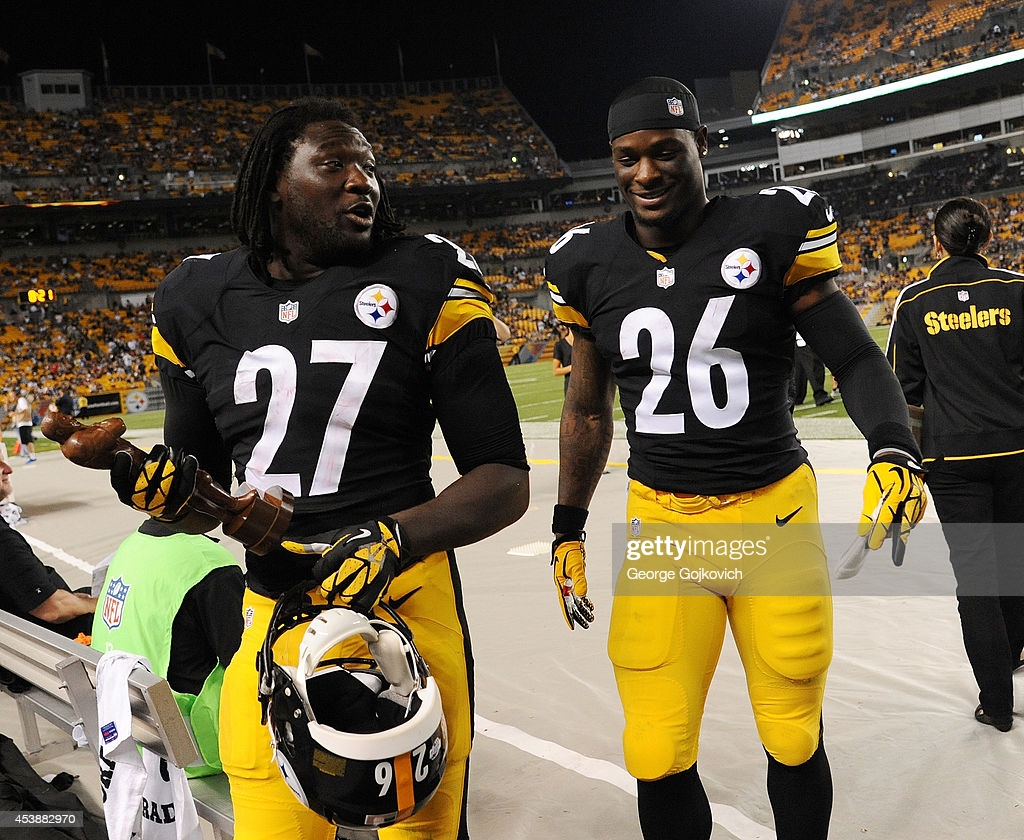 Nearly eight years after he infamously walked off the field in a middle of a game and ultimately walked right onto the Super Bowl-winning New England Patriots in the process, former Pittsburgh Steelers’ running back LeGarrette Blount revealed the real reason behind the fallout in Pittsburgh in 2014.

Appearing on the PM Team show of Chris Mueller and Andrew Filliponi on 93.7 The Fan Wednesday afternoon from radio row in Los Angeles, Blount stated that it was then-offensive coordinator Todd Haley that drove him from Pittsburgh, not head coach Mike Tomlin or his relationship with former Steelers’ running back Le’Veon Bell that caused him to walk off the field in the middle of the November 17, 2014 Monday Night Football matchup with the Tennessee Titans in Nashville.

Blount, who prior to essentially quitting on the Steelers that night, had previously gone on 93.7 The Fan that season and expressed his frustrations with his role and lack of usage in Pittsburgh, believing he should have been the starting running back ahead of Bell, who was in his second season in the NFL.

"There was no problem between me and Mike T. I like Mike. The problem was with [Todd Haley]." – LeGarrette Blount

When the Steelers signed Blount on March 28, 2014 to a two-year deal, the goal was to have Blount share duties with Bell, allowing the young running back to ease his way into the full-time job. Instead, Bell kicked the door down with his play, taking over right away, which relegated Blount to the bench, which was not what his role was supposed to be, he says.

That frustration led to some confrontations with Haley, which then led to him hitting the airwaves to discuss his frustrations, and ultimately led to him walking off the field that night in Nashville after Bell carried the football 33 times for 204 yards and a touchdown in a 27-24 Steelers’ win.

“I’m gonna just say, so there was no problem between me and Mike Tomlin,” Blount said. “I like Mike Tomlin. The problem was the offensive coordinator…not calling the plays that I would be in. He’s not calling the plays. And then coming to me during the week and I’m saying, ‘Hey, Todd, bro, like, what’s going on? Like, why am I not getting the ball?’ And you know, the response to me, for him to not be combative, for him to not, you know, go back and forth, his response was always, ‘oh yeah, man, we gotta get the ball to you. We’ll do more and more to get you the ball. We’re gonna get it to you.’

Though things blew up that Monday night in Nashville, Blount told Mueller and Filliponi that he was really done with the Steelers after the 51-34 shootout win over the Indianapolis Colts at Heinz Field. In that game Blount touched the football eight times, rushing six times for 21 yards and adding two catches for 11 yards.

His version of events has him believing he didn’t touch the football once, which was something that never happened to him in his entire football career.

“It was the Colts game,” Blount said on 93.7 The Fan, citing when he made his mind up that he wanted out. “I’m like, ‘bro, are you kidding me?’ It’s like, are you kidding me? I’ve never had a coach not give me the ball once, you know what I’m saying? After me having that one-thousand yard season my rookie year [with the Buccaneers] every team that I’ve been a part of, I’ve always carried the ball in the games. You know what I’m saying?

“Whether it’s seven, ten, whatever. I’m getting the ball and it’s not no-carry games for me,” Blount added. “And, and that was odd for me, man. That was tough for me, you know? And Mike Tomlin knew it was tough for me…I felt like it wasn’t fair. I felt like I had done too much for the game and for myself, for it be like this.”

The only game in which Blount didn’t register a carry was in Tennessee, the game in which he walked off the sideline in the second half, causing teammates to be irate with him, with many wanting to leave him in Nashville, according to a report that night from then-Pittsburgh Post-Gazette Steelers’ beat reporter Ed Bouchette.

In fact, during his time in Pittsburgh — which lasted 11 games — Blount carried the football 65 times, averaging six carries a game, which is pretty much the standard rate for the No. 2 running back across the league. Maybe he was led to believe before signing that he would have a larger share and had a shot at claiming the starting job, but it didn’t work out that way, and he ultimately left the team in the middle of the game.

The Steelers ultimately released him, which led to Blount signing with the Patriots, helping New England win the Super Bowl that season, in large part due to his 30-carry, 148-yard, three-touchdown performance in a 45-7 win over the Colts in the AFC Championship Game that year.