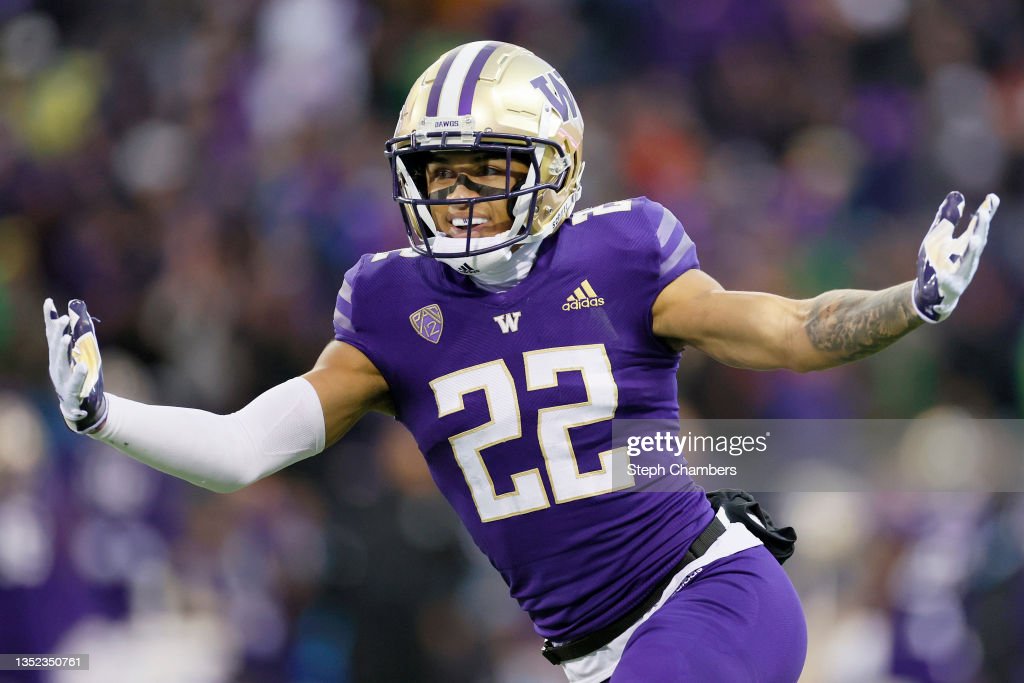 Another day, another mock draft.

I’m sure for those that aren’t truly fanatical about the NFL Draft and the entire process leading up to those three days at the end of April, the endless mock drafts and speculation can become monotonous, especially this time of year, but I just can’t help myself when it comes to looking at mock drafts.

On Friday, CBS Sports’ Kyle Stackpole added to the endless mock drafts with his take on the first round. While he had some of the same picks we’ve seen throughout the cycle, such as Libety’s Malik Willis at No. 6 to the Carolina Panthers, Pittsburgh’s Kenny Pickett to the Washington Commanders at No. 11, and Ole Miss’s Matt Corral at No. 18 to the New Orleans Saints, Stackpole added a new name to the offseason debate for the Steelers.

Coming off the board at No. 20 overall, Stackpole has the Steelers selecting Washington Huskies’ cornerback Trent McDuffie, whom CBS Sports has ranked as the No. 32 overall prospect and the No. 6 cornerback. In this scenario, McDuffie is the third cornerback off the board, and the third of four first-round cornerbacks in Stackpole’s mock.

“With proven veteran Joe Haden likely gone from what was a meh cornerback group, the Steelers select McDuffie to fill the void,” Stackpole writes. “What he lacks in size and length, he makes up for with his explosiveness, technical ability and field awareness. He’ll excel in both man and zone coverage at the NFL level.”

Trent McDuffie, who I haven't featured since the summer. He must run 40 yards here and makes a TFL. McDuffie is an all day athlete that tackles so well in the open field. pic.twitter.com/Bxoxcpnt7k

Trent McDuffie's instincts and physical competitiveness stand out every time I turn the tape on.

He shows route recognition, awareness to avoid the rubs, and has the range to make this tackle across the field.

One of the better tackling CB's I've seen #NFLDraft2022 pic.twitter.com/G1z0CsjVla

On the surface, the production isn’t quite there, which is a bit concerning overall. That said, McDuffie is arguably the most physical cornerback in the class, one that comes downhill with ferocity as a tackler, consistently getting guys on the ground. Though he doesn’t make many plays against the football, McDuffie didn’t allow a single player to gain more than 39 yards receiving in 2021, according to Pro Football Focus, and allowed just two deep receptions on the year.

As of now, McDuffie feels more suited for a slot role due to his size, speed and aggressiveness coming downhill, rather than on the boundary. Though he’s not a name many have tried to connect to the Steelers, it’s a name worth monitoring throughout the draft process, considering the need the Steelers will have at cornerback moving forward.