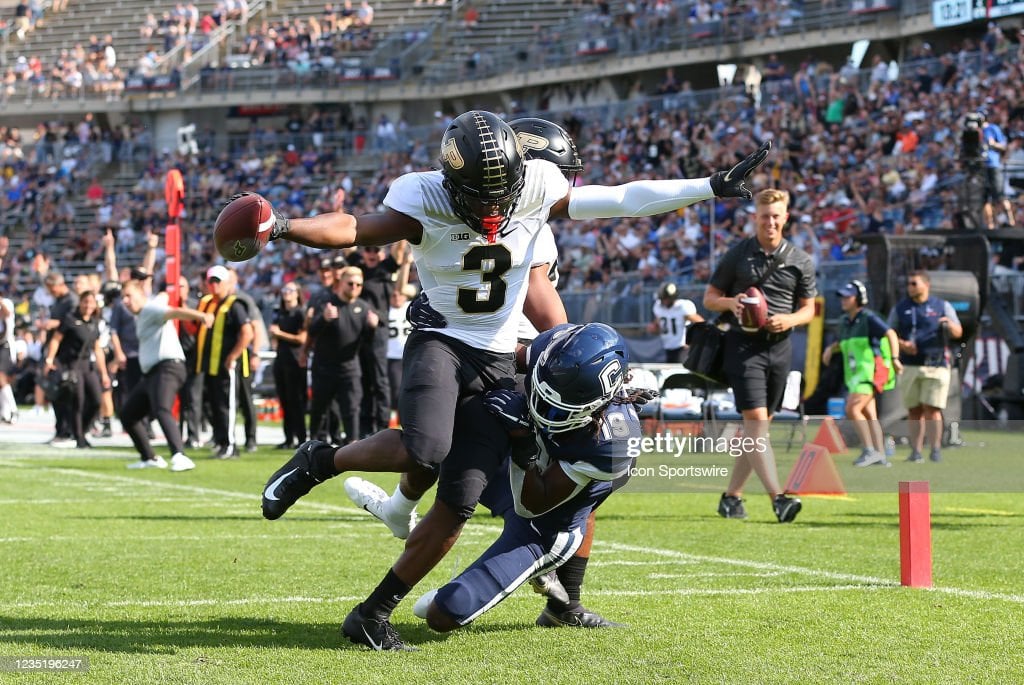 Mock draft season continues to heat up across the NFL media landscape, especially now that the official draft order is set following the conclusion of Super Bowl LVI.

Following the Los Angeles Rams’ 23-20 win over the Cincinnati Bengals at SoFi Stadium, the Bleacher Report scouting department released its first three-round mock draft of the season and had the Steelers, who have holes all over the roster, going all offense through the first three rounds.

The Steelers have been heavily rumored to be targeting quarterbacks in the 2022 NFL Draft, namely guys like Liberty’s Malik Willis, Pittsburgh’s Kenny Pickett and Cincinnati’s Desmond Ridder.

Knowing that, Bleacher Report has the Steelers placing a bet on the traits-based quarterback in the class in Liberty’s Willis, tabbing him to come off the board at No. 20 overall to Pittsburgh.

“A wry smile slowly forms on Mike Tomlin’s face. The Pittsburgh Steelers get their guy,” Bleacher Report writes. “Pittsburgh’s interest in Liberty quarterback Malik Willis might be the NFL’s worst-kept secret. Either that or the Steelers are doing an awesome job at misdirecting everyone in and around the league.

“Tomlin and Co. should love all of the quarterback prospects this year because the Steelers are desperate to find a replacement for the retired Ben Roethlisberger. In Willis’ case, he presents the most potential to reach elite status if placed in the right situation to nurture his natural gifts.”

In the second round, Bleacher Report has the Steelers addressing the offensive line, grabbing Minnesota offensive tackle Daniel Faalele, adding a mountain of a human being to the trenches in Pittsburgh. Faalele moves well overall for his size and really thrives in the run game, but he has struggled at times in pass protection with his sets. Steelers Depot’s own Jacob Harrison profiled Faalele here.

After addressing quarterback and offensive line in the first two rounds for the Steelers, Bleacher Report has the Steelers adding a new skill guy for Willis to develop with in Purdue standout wide receiver David Bell at No. 84 overall in the third round, addressing the wide receiver depth chart over positions like cornerback, linebacker or defensive line on Day 2.

Bell was an über productive wide receiver in college, earning first-team All-Big ten honors in 2020 and 2021, and was also a first-team All-American in 2021. Though he’s not the top-end speed guy the Steelers desperately need, Bell is a physical receiver that could fill the slot role void that pending unrestricted free agent JuJu Smith-Schuster could leave open, should he walk in free agency.

Purdue WR David Bell with one of the catches of the season, even after getting tripped up and DPI pic.twitter.com/yvHiQxRK3Y

Overall it’s not a bad draft just looking at it on paper if those are the Steelers’ first three picks, but it’s hard to justify Faalele at No. 52 when Cincinnati linebacker Darrien Beavers — who would fill a great hole in Pittsburgh — comes off the board one pick later at No. 53 in the second round.

Then, instead of taking Bell in the third, the Steelers could have landed guys like Tennessee’s Cade Mays, Louisiana’s Max Mitchell or Kentucky’s Luke Fortner in the third round. Going in any of those directions after the first round would have me feeling much better overall with this mock, rather than the direction Bleacher Report went it.