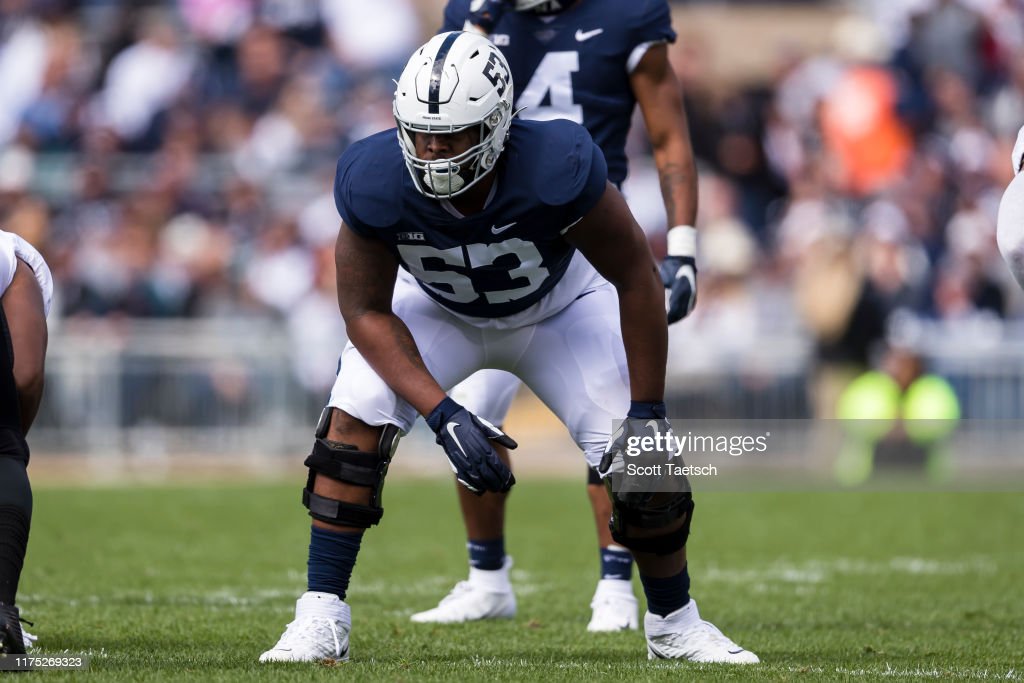 Welcome back to draft season. As if you haven’t read enough mock drafts already, here’s at least one more. My first crack at predicting what the Pittsburgh Steelers will do in the 2022 NFL Draft. This draft will certainly be modified over the coming months as the team shapes its roster through free agency additions and losses. So consider this a rough draft of sorts.

I will not be mocking the Steelers a quarterback in this one. Not because I don’t think they won’t explore the possibility – they absolutely will – but they are picking at #20, a tough place to grab an arm. Since 2010, only twelve quarterbacks have been drafted picks #20-32 and many of them didn’t turn out to be the franchise’s savior (Manziel, Grossman, Campbell, Lynch, Tebow, Losman, among others).

So let’s assume the Steelers’ plan is to sign a veteran/bridge quarterback this offseason and try again in 2023, just in the way the Patriots did with Cam Newton and Mac Jones the following year. If that’s the plan they ultimately have to do, the focus needs to be on beefing up an offensive line in need of lots of help. Enter Green, the second K. Green selected in as many drafts. But Kenyon is much different than Kendrick, a bigger and longer type while bringing athleticism and nastiness to the run game. Here’s how our Jonathan Heitritter summed him up in our player profile:

“Overall, Kenyon Green is an athletic, physical blocker in the run game that can impose his will on defenders yet has the technical skills and mental capability to do well in pass protection. He can work on watching his forward lean and syncing up his hands and feet to avoid whiffed blocks, but he is about as solid as they come for a prospect that has moments of dominance inside as well as good tape outside.”

He also offers versatility, starting games at every position sans center over his college career. His best fit comes at guard and probably on the left side a bit more than the right. The Steelers could shift Kevin Dotson back to RG, where he started every game at Louisiana. Having Dotson and Green surrounding Kendrick Green at center (if they don’t get a veteran upgrade) will make Green look a whole lot better and immediately improve the Steelers’ offensive line.

Their o-line transformed more than a decade ago with first round investments like Maurkice Pouncey and David DeCastro and they start that process again here with Kenyon Green.

Analysis: I’ve mentioned his name several times in articles/videos, on the podcast, and on Twitter. So I felt like I had to at least include him in my inaugural mock draft. Clark checks all the Steelers’ boxes. Power 5/top competition, high character, productive, a well-rounded skillset, and a leader on that team, wearing the highly touted #18 jersey for the Tigers.

Clark definitely had struggles throughout his career, having three DCs didn’t help him, but he bounced back in a big way in 2021 to put up 135 tackles (15 TFL), 5.5 sacks and an interception. Off-ball linebacker is a big area of need given Devin Bush’s struggles and Joe Schobert’s bloated contract that should make him a cap casualty this offseason.

With a strong Senior Bowl week, Round Two is a good fit for Clark and the Steelers.

Analysis: I wasn’t kidding about addressing the offensive line. Go big to avoid going home, which is where the Steelers’ line has ended up the last two seasons. It would again create a fair amount of turnover and “newness” with two draft picks in the top three rounds but change is needed. Trai Turner and Chukwuma Okorafor are set to be free agents and you can reasonably argue that neither should be retained. But if they’re gone, they’ll need to be replaced. Walker is a big, athletic, and physical tackle for the Nittany Lions who has first-round talent but probably didn’t have quite the season he hoped for in 2021.

The only concern with this pick is where Walker will play. A left tackle his entire career, he’d either have to shift to the right side or Dan Moore Jr. would need to flip. I’d prefer giving Walker a try at right tackle first. His big build, anchor, set aggression, and length should endear himself well to new o-line coach Pat Meyer, who prioritizes both things.

Analysis: Assuming a fourth round compensatory pick here for Bud Dupree. Hoping for a third but being conservative with the fourth. Corner is a bit of an unknown group with Joe Haden and Ahkello Witherspoon slated for free agency. One, not both, is likely to be retained.

Taylor is a good-sized corner who didn’t have a great Senior Bowl week but showed his ball skills with an interception in the game and moved around a fair amount from the outside to the slot. He’s a different body type but this wouldn’t be the first time the team drafted a Senior Bowl Volunteer DB as they did Cam Sutton in 2017. Taylor would provide good outside depth behind Sutton and Witherspoon or Haden.

Taylor offers lots of starting experience (31 in his career) who was initially a receiver at Tennessee before converting to corner in 2018. Pittsburgh’s been attracted to those types of players before.

Analysis: Certainly could argue the team needs to draft a receiver earlier than this but draft capital is limited. It’s hard to imagine the team won’t take a receiver at some point and bringing someone in with speed should be high on their list of wants. They need a field stretched for an offense that doesn’t have much useful speed. Green didn’t get the ball a lot in his two years with the Mustangs but averaged over 15 yards per catch, including 16.4 per grab in 2021. He was a TD machine, scoring on 15.8% of his career receptions.

Gray came in much smaller than how the team site listed him (6’2, 199 pounds) so that’s a disappointment. But his play was solid and he was at the Senior Bowl, boosting his chances of the team having interest.

Analysis: Can’t help it with this one. Every mock draft you read is either going to have Pola-Mao’s name or Connor Heyward’s…or both. I’m going with the former here. He’s got great size with average productivity and of course, his uncle is Troy Polamalu. A free safety at USC, he could be the backup at either spot. Terrell Edmunds is slated for free agency though a 7th round pick like Pola-Mao isn’t going to be the man to replace him even if Edmunds leaves.

(Ed Note: There’s some confusion over whether or not Pola-Mao is part of the 2022 draft class. Recent videos and other draft outlets indicate he is while other reporting says he returned to school for one more season. If he’s not draft-eligible, then I’d switch my choice to Toledo’s Tycen Anderson, a long, versatile MAC defender who caught a Senior Bowl invite).

Analysis: Running back might not be the biggest need on the team and there’s probably a collective eyeroll incoming for drafting yet another running back. But Benny Snell/Kalen Ballage/’Anthony McFarland isn’t a good backup plan behind a workhorse like Najee Harris. If Harris goes down, this team is in big trouble. They need a better option as a running back and Brown checks the boxes of what the team looks for: size, competition level, and productivity. Brown is well-built, played at a good school, and had back-to-back 1000+ yard seasons while combining for over 60 receptions during that time.

Of course, Brown isn’t solving all the team’s problems if Harris goes down. But he’s an option and it’s much easier/cheaper for the team to draft a running back than convince a veteran to sign in free agency.