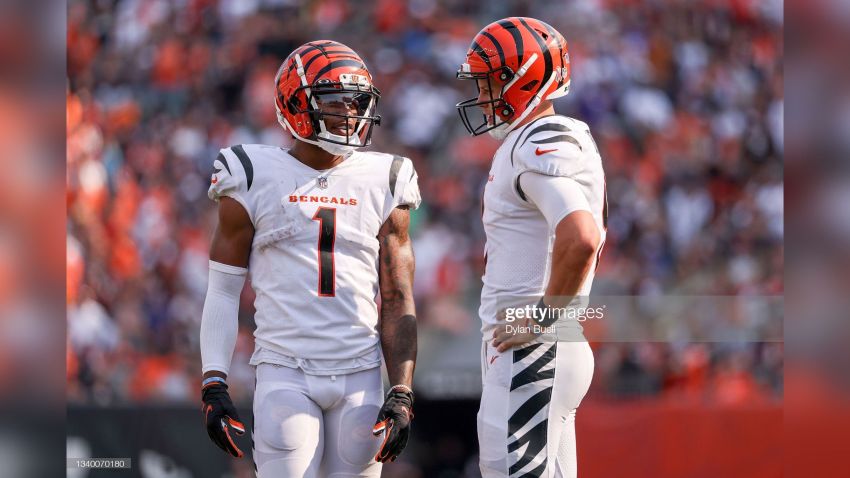 The Cincinnati Bengals knew what they were doing when they used their first-round draft pick in 2021 on Ja’Marr Chase, the wide receiver with whom their quarterback, Joe Burrow, had a historically great connection during the 2019 season while both were with LSU’s championship team.

Chase was the runaway winner of the Offensive Rookie of the Year earlier this week, with Burrow earning Comeback Player of the Year honors in a far from uncontested match (many thought that Dak Prescott of the Dallas Cowboys would win). And one of the reasons that they continue to be so successful? Chase is a good listener, apparently.

“I do whatever Joe tells me to do”, Jay Morrison of The Athletic recently quoted Chase as saying of his very good friend. “He’s like a god to me”.

Chase: I do whatever Joe (Burrow) tells me to do. He’s like a god to me.

That’s a pretty strong statement, but then again, according to The Athletic’s other Bengals beat writer, Paul Dehner Jr., Chase pretty much literally went door-to-door on Burrow’s street after Cincinnati drafted him, asking neighbors if he could buy their house from them so that he could live next to his quarterback. And now, they’re neighbors.

The fact of the matter is that the relationship works, as the results on the field bear out. Chase finished his rookie season catching 81 passes for 1,455 yards, the most receiving yards by a rookie in the Super Bowl era. He also finished with 13 touchdowns, and he hasn’t slowed down in the postseason.

While he only has one touchdown so far in the Bengals’ three postseason games, Chase already set the rookie postseason receiving yardage record, with 20 receptions for 279 yards. That’s not even in the top 25 for single-season postseason receiving yardage overall, though. Larry Fitzgerald holds that record with an obscene 546 yards in 2008. He would need 47 yards to clear Randy Moss’ 315 yards in 1999 to crack the top 25. But if he has a big game, he could conceivably hit 401, which would put him in the top five.

His opponent, by the way, is already up there. Cooper Kupp of the Los Angeles Rams has had himself a historic postseason run, with 386 receiving yards through Los Angeles’ first three games. He’s the first player in a while who’s even had a puncher’s chance at Fitzgerald’s mark.

Of course, I don’t think Chase actually looks at Burrow like a god. He’s just a close friend whose vision and intelligence he respects, and he sees the results of their relationship, now at two different levels. Their rapport has taken them to a college championship in their lone significant season together, and now they’re back at it at the highest level two years later.