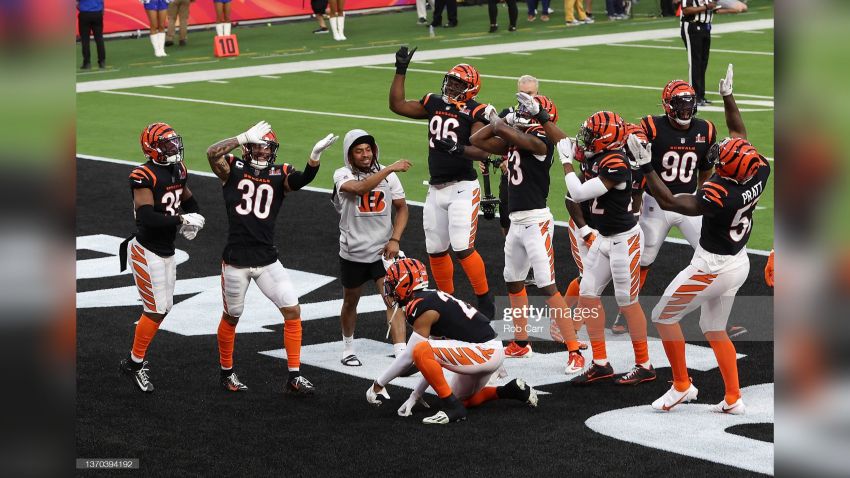 There’s a saying out there that goes something like this: Play stupid games, win stupid prizes. It’s rather stupid to run out onto the field in the middle of a game, in sandals no less, when you’re not a participant in the game, even knowing well that the rules prohibit one from doing just that.

That’s what Cincinnati Bengals defensive back Vernon Hargreaves managed to accomplish in his only contribution to his team’s failed efforts to win the Super Bowl last week. The inactive veteran ran onto the field—again, in sandals—after Jessie Bates III intercepted a 3rd-and-14 Matthew Stafford pass at the goal line.

The play should have resulted in a touchback, giving the Bengals offense the ball at the 20, but the penalty on Hargreaves pushed them back to the 10. They did manage to produce one first down, but ended up punting from their own 17 following a third-down sack.

Why am I writing about this now? Because of the saying quoted at the top of the piece. Hargreaves played a stupid game. Late in the week, he received his stupid prize. He received a $5,555 fine for the unsportsmanlike conduct penalty that cost his team field position in the game.

“It’s hard when you’re going to be in better field position than that. It’s a silly thing”, Bengals head coach Zac Taylor told reporters after the game when he was asked about the penalty charged against his inactive cornerback. “We pride ourselves on being a disciplined team, and that was a very, very undisciplined moment and that’s frustrating”.

Hargreaves was a first-round pick, 11th overall, out of Florida by the Tampa Bay Buccaneers in 2016, playing through most of the 2019 season. He was waived in November that year, claimed by the Houston Texans, where he continued to play, including as a starter this past season, until he was released on November 3.

The Bengals claimed him off waivers, and he ultimately dressed for four games, playing 72 snaps, making five tackles. He was only active for one of the Bengals’ four postseason games.

“I think what’s smart is we’ve added veteran corner experience and anyone who’s been around this league long enough knows that in November, December, January, that’s going to pay dividends having a lot guys there for a variety of reasons”, Taylor said back in November about the acquisition of Hargreaves and Tre Flowers.

Obviously it didn’t exactly work out that way. Not that the penalty was the reason that the Bengals lost the game, by any means. But it is the most high-profile accomplishment of his five-year career at this point.