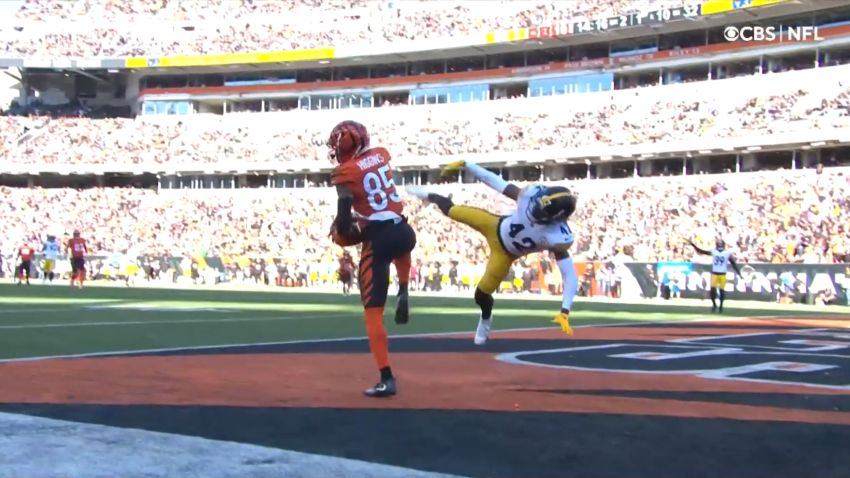 Reasoning: After riding a tremendous wave of momentum throughout the offseason, the second-year cornerback largely failed when given the opportunity to have a larger role on defense, and ultimately finished out the year exclusively as a special-teamer.

Perhaps nobody on the Steelers roster last offseason had more of a build-up heading into the season, outside of Alex Highsmith, about projected growth, than James Pierre. It didn’t seem like even Chase Claypool was being talked about in such sustained heights about where the next step would be.

It was enough to turn him into a special teamer and emergency contributor to not just the next man up, but also a regular sub-package player, a cornerback that they actively found ways initially to get onto the field.

Of course, there were plenty of things that he did well, especially in the early portions of the season. But he also had those plays that he allowed to go over his head. He got burned, badly, on several occasions, giving up big plays, usually for touchdowns.

It all came to a head during an extended foot injury for Joe Haden. Pierre had already spot-started two games during the season up to that point, one of which featured a game-sealing, red-zone interception after having allowed the go-ahead score earlier in the fourth quarter.

In the middle of the four-game stretch that Haden missed, however, the coaches had finally seen enough, and Pierre’s play regressed as well, as he started missing tackles and struggling against the run, which had previously been a strength.

Ahkello Witherspoon was inserted, and he proved over the course of the rest of the season that he was clearly the better answer in the starting lineup. The coaching staff, though, put Pierre all the way on the bench. He simply did not play anymore on defense after he was benched.

That’s zero snaps over the final six weeks, including the postseason, after playing nearly 200 snaps in the three games prior. Justin Layne even saw snaps. Karl Joseph played ahead of him. He was well and truly benched.

He was still a core special teams player, and he’ll have this offseason to work his way back into the good graces of the defensive coaching staff, but this year clearly did not go the way he wanted. Maybe they decided it was in his best interests to take him off of defense after repeated failures to preserve what was left of his confidence.