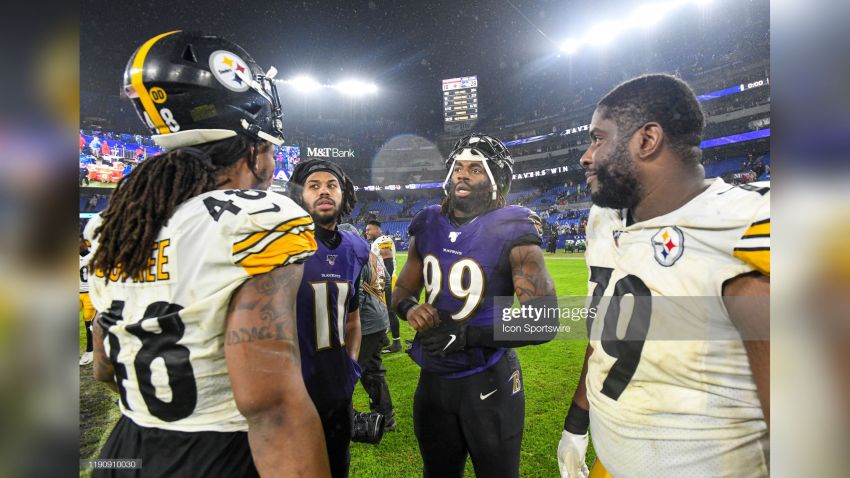 Question: Who is the best player from the Kevin Colbert era in Pittsburgh who never made a Pro Bowl?

With the Pro Bowl coming up tomorrow, I thought this would be an interesting question to pose to the Steelers Depot community. I know we’ve got plenty of very dedicated fans around here who know their history, so I expect we might get some interesting answers today.

Who is the best player who was a part of the Steelers during the Kevin Colbert era as general manager (from 2000 onwards) who was never rewarded with a Pro Bowl honor during his time with the team? There are plenty of candidates, but one immediately jumps to my mind.

That has to be Marcus Gilbert for me. During the best part of his career, he absolutely played like a Pro Bowler. He was one of the best right tackles in the league during the three-year period from 2014 through the 2016 season, but after that, unfortunately, injuries (and a suspension) really screwed things up for him.

He absolutely should have been a Pro Bowler in 2015, however, at the very least, and I think it’s a shame he never got it, because he was undoubtedly deserving, shutting down guys like Khalil Mack and Von Miller in the process. Neither of them recorded a statistic in their games against Pittsburgh that year, despite playing their usual snaps.

So who’s your candidate for the best Steelers player of the Colbert era who never went to the Pro Bowl? You could go by total body of work or isolate one standout season if you choose. Ike Taylor would be an awesome choice. Ramon Foster would be another good one, in my estimation, as well as Santonio Holmes, Larry Foote, Max Starks, William Gay, Willie Colon, Vince Williams, and Kelvin Beachum.

Maybe even a Rashard Mendenhall or a Keenan Lewis if you want to do individual seasons. Stephon Tuitt is at the top of my list for the current roster for sure. And let’s not forget about Bud Dupree, and Javon Hargrave.

There are plenty of valid answers to this question, as I hope my namedrops above show, but I’m still sticking with Gilbert. I believe he is, above anybody else, the player under Kevin Colbert who was most deserving of a Pro Bowl distinction that he never received during this time. Dupree and Hargrave perhaps come closest.