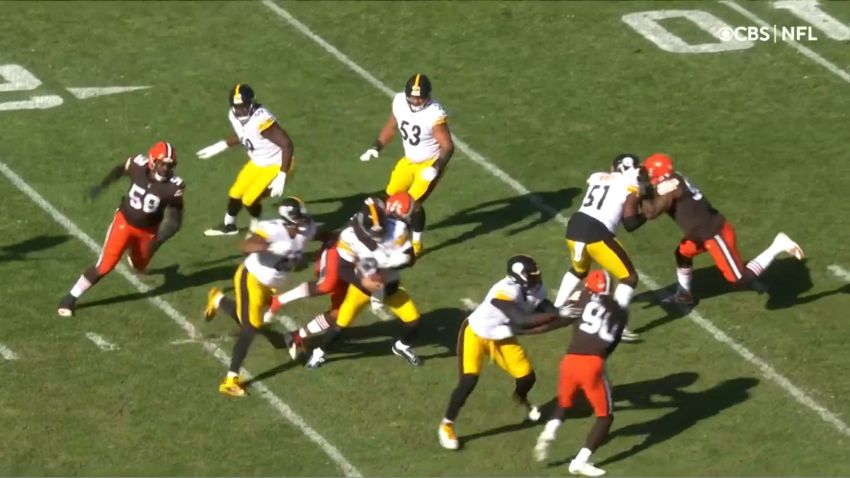 The Pittsburgh Steelers’ season is on the line. So is the season for the Cleveland Browns, whom they will be hosting at Heinz Field tomorrow night. The winner will have eight wins, and will still be alive heading into the final week of the regular season for a potential playoff spot.

They’ll need to have their star players play like stars, and for both sides, that means their All-Pro pass rushers. Pittsburgh will feature T.J. Watt, who leads the NFL with 17.5 sacks. But the Browns’ Myles Garrett has also been a force whenever healthy this season—and throughout his career. He’s long ago caught the eye of Steelers head coach Mike Tomlin, just like everybody else.

“All offensive discussions for us from a schematics standpoint and a planning standpoint start first and foremost with not allowing Myles to wreck the game”, he said yesterday on an edition of the Mike Tomlin Show, preparing for tomorrow’s game.

“He is capable of that. He had a sack-fumble recovery-and-score a couple of weeks back that illustrates that”, he added. “This guy’s got 15 sacks in the season. He’s a game-wrecker, and so we’ve got to minimize his impact on the game”.

That sack-fumble came against the Baltimore Ravens three weeks ago in a surprise 24-22 win, the game in which quarterback Lamar Jackson was injured. He has not played since, and is not expected to start today, either. The sack came with under a minute to go in the first half, and he picked it up and ran it in for a 15-yard score, his first defensive touchdown—his 15th and most recent sack of the season.

Of course, it’s not just Garrett this year. They also signed Jadeveon Clowney in free agency, who, while not at the same level, was described by Tomlin as “a formidable complement. He’s quick-twitch, he’s talented, he’s been around. Those two guys provide the wave that others follow”.

Clowney, who missed a game on the Reserve/COVID-19 List, came back last week with a sack and a half, now with five on the season, along with 15 quarterback hits. The Browns have more or less gotten what they were hoping for out of him, his tape showing better than his numbers might look.

The Steelers don’t exactly have the most seasoned or talented offensive line, their tackles being Dan Moore Jr. and Chukwuma Okorafor, both of whom had a rough go of it in the pass-protection department. The odds of them doing much better are…well, I’ll let you decide yourself.