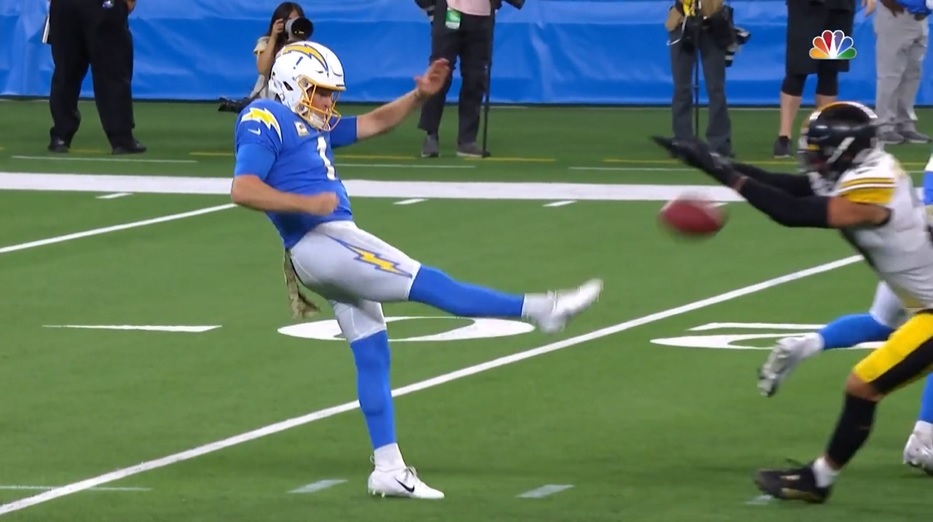 Mike Tomlin doesn’t just use his Tuesday press conferences to talk to the media and fans. He talks to his players, too. And he sent a clear message to the special teamers: Make a play Sunday.

In his opening remarks Tuesday, Tomlin noted the strength of the Kansas City Chiefs’ special teams unit and the Steelers need to match that ability.

The Chiefs finished 2021 in the top ten in kick and return average, one of only three teams to do so. The other two are the New York Jets and Detroit Lions, making the Chiefs the only team still standing heading into the postseason. Even with Tyreek Hill taken off the return units, they’ve found guys like Bryon Pringle, averaging 24.8 yards per kick return, fourth-best of the 15 qualified returners. And while the Chiefs didn’t return a lot of punts this season, 19 in total (Pittsburgh, by comparison, had 40), wide receiver Mecole Hardman averaged a healthy 12.1 yards on thirteen attempts.

Tomlin complimented the Chiefs on how involved their receivers are in all phases of special teams.

“Their wide receivers are really impressive collectively in the kick coverage game for a wide receiver group, for example.”

Wide receiver Marcus Kemp logged 294 special teams snaps this season, tied for second-most of any receiver in the league and trailing only Matthew Slater, one of the league’s top specialists. Kemp finished the year with 11 tackles, nine of them solo, giving them a quality receiver group top to bottom.

The Chiefs’ special teams are led by Dave Toub, widely regarded as one of the top special teams coaches in football. He’s been on their staff since 2013 and has been coaching special teams in the NFL since 2001.

Pittsburgh has won or gotten back into games this year thanks to their special teams. It was a driving factor of how the team won its first game of the year, Miles Killebrew blocking a punt scooped for a touchdown by Ulysees Gilbert III. And it served as the catalyst for their near-comeback against the Chargers, thanks to Killebrew’s second blocked punt of the season. Those kind of splash plays will be huge to upset the heavily-favored Chiefs, who blew the doors off the Steelers in their Week 16 matchup.

Of course, the return and coverage game aren’t the only phases of special teams. Chris Boswell will need to be his usual excellent self and go toe-to-toe with Chiefs’ kicker Harrison Butker, who missed the Week 16 game due to COVID.

Whoever is the Steelers’ punter, Corliss Waitman or Pressley Harvin, will have to flip fields and show consistency. Kansas City’s Tommy Townsend finished in the top ten this year with a 47.2-yard average

You can’t forget about the long snappers, either. This will be Christian Kuntz’s first career playoff game. The Chiefs have a 32-year old veteran in James Winchester, who has been snapping for the team since 2015.