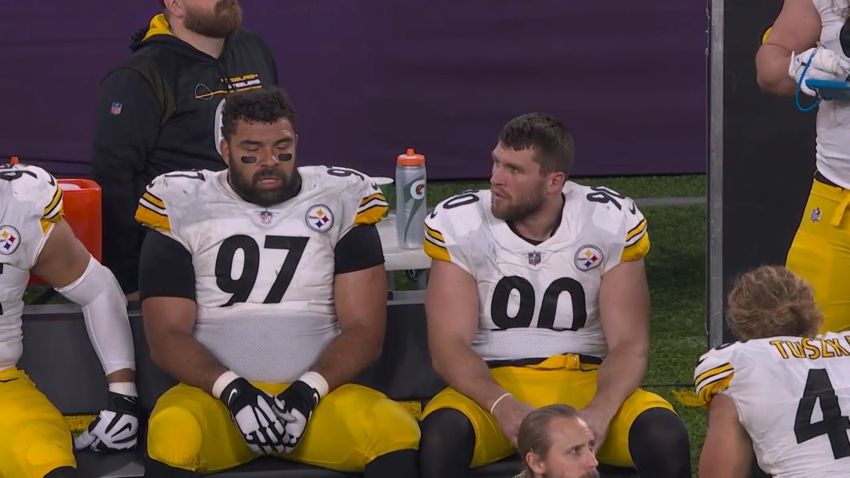 The Pittsburgh Steelers are in do-or-die mode. They understand that they absolutely cannot afford to lose another game this season in order to reach their goals. If they fail to defeat the Cleveland Browns tomorrow, they almost surely would be eliminated from postseason contention, pending the results of today’s games.

Their backs are against the wall. But what really changes? It doesn’t seem to appear that the players are approaching anything differently. Not because they don’t care enough, but because they’re already doing everything they can, a sobering reality indeed.

Running back Najee Harris touched on that in a way last week when he was asked about pressure, saying that he believes it’s an overrated word, and that he approaches every game like it’s his last game. Outside linebacker T.J. Watt splashed another glass of cold water on the truth in speaking to reporters yesterday.

“I think we’ve been treating every game like it’s an elimination game all year. Obviously, we haven’t been able to get the results that we’ve wanted”, he said. “It’s not like we can try any harder. It’s just trying to find ways to win games”.

“Obviously, this is a huge game. I don’t think it’s a secret for either team. It’s a must-win”, Watt said. “I feel really comfortable with the gameplan that we have and the week of practice that we’ve had, and feel good about where we’re at right now going into Monday”.

But that’s the same story week in and week out. The plan is good every week. At least most of the time, I’m sure they feel good about the work that they put in on the field. The thing is, the same is true of the team on the other side, and one of them has to lose, unless you’re playing the Lions.