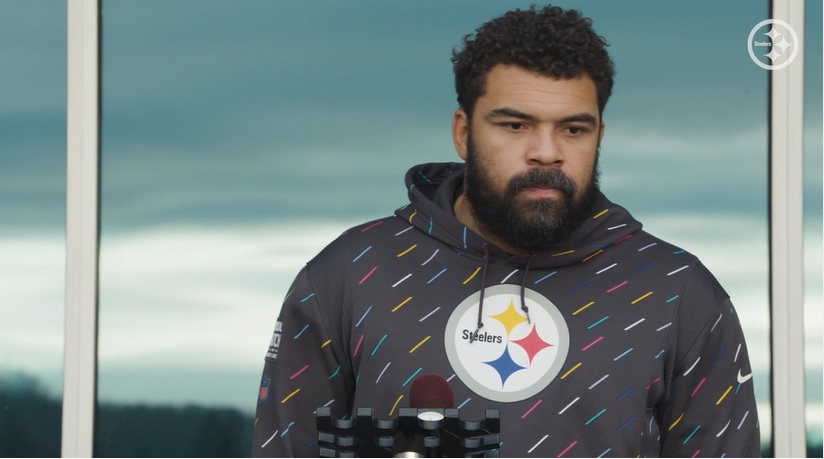 Pittsburgh Steelers defensive tackle Cameron Heyward was named on Wednesday as the recipient of the annual Pro Football Writers’ “The Chief Award” for the 2021 NFL season, for his cooperation with local media.

Cam Heyward is the winner of The Chief Award, which is given annually by the Pittsburgh Chapter of the PFWA for cooperation with the media. Heyward also won the award in 2019.

“The Chief Award,” was established in honor of Steelers’ founder, Arthur J. Rooney, Sr. and it is presented annually to the member of the Steelers’ organization who best exemplifies the spirit of cooperation with the media that Rooney did. It is voted on by the Pittsburgh Chapter of the Pro Football Writers of America. It was first given out in 1988.

This is the third time during his career that Heyward, who was selected by the Steelers in the first round of the 2011 NFL Draft out of Ohio State, has won “The Chief Award,” as he also won it in 2014 and 2019.

Heyward has been a great defensive captain and leader for the Steelers both on and off the field this season. He enters Week 18 having already registered 83 total tackles, nine sacks, 13 tackles for loss, 16 quarterback hits, and nine defensed passes. Heyward has also forced one fumble and recovered a fumble this season.