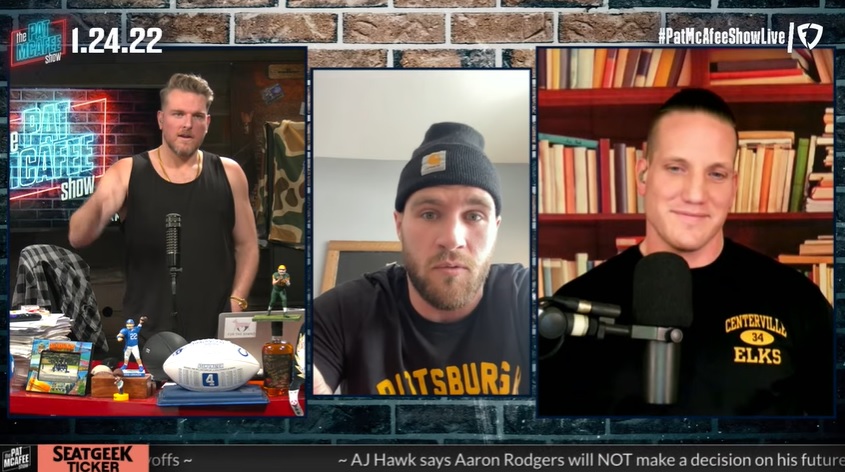 How does a player with 22.5 sacks in one season find a way to improve? For TJ Watt, it seems like he’s reached the mountain top. Sure, he’s still chasing a Super Bowl ring and heck, a playoff win would be an accomplishment at this point. But on a personal level, it doesn’t seem like there’s much left new to do.

Joining The Pat McAfee Show Monday, Watt says there are areas he wants to improve on. He outlined what those are.

“Work on staying healthy,” he told the show earlier today. “That was the big thing for me. Was not being able to play in every game this year, which was very frustrating.”

Pittsburgh lost both of those games, sacking the opposing quarterback a combined two times. In the 15 games with Watt in uniform, Pittsburgh’s defense averaged 3.5 sacks. On the year, there was a clear correlation between Watt’s availability and the team’s success.

The Steelers are now 9-2 this season when OLB T.J. Watt plays 79% or more of the total defensive snaps in a game. #Steelers #DPOTY #NFL

Watt also noted the impact he can make from a leadership perspective. Ben Roethlisberger is retiring and CB Joe Haden, heart and soul of the secondary, is a pending free agent with an uncertain future. The Steelers have lost several leaders over the last 12 months, calling on guys like Watt to step up.

“There’s always things from leadership standpoint that I’m trying to continue to grow at. Obviously if seven’s not in the building, there’s gonna be a void there. So we need to step up. Me and Cam Heyward, we definitely are willing to step into that role.”

With Roethlisberger out of the picture, Watt and Heyward will become the two most recognizable faces on the team.

Watt told McAfee over his career, he’s focused less on personal goals and milestones and hones in on the bigger picture instead.

“I told people early my career, I used to always set individual goals. I want to have 20 sacks. I wanna have X amount of TFLs, batted passes, all that stuff. Lately, I just found it’s better to just kind of have the game-wrecker mentality as a goal instead.

“Because I was putting too much pressure on myself. You’re sitting there at Week Three and you only have one sack, you have no sacks. You’re trying to reach and get out of gaps and do a whole bunch of crazy individualistic stuff. And it doesn’t help your football team at all. So I’ve gotten away from all that ‘I want to be Defensive Player of the Year.’ I just wanna be the best player I can be week in and week out.”