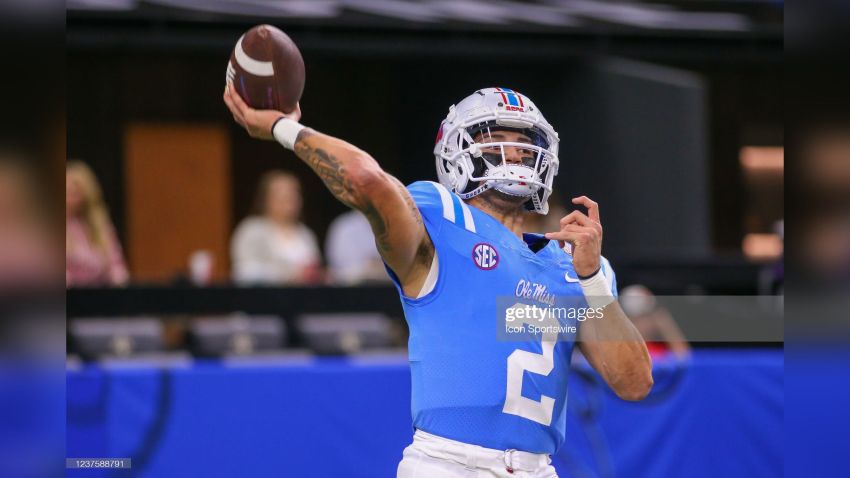 There’s still one more (meaningful) game left to be played in this 2021 NFL season, but not for 30 teams, who are now in preparations for their offseason. While free agency comes way earlier, draft season is 365 days a year for at least some members of every organization, and with the college football season long over, we are already waist-deep into mock draft territory.

The latest, from Pro Football Focus, was just published earlier today, courtesy of one of their head authors, Sam Monson, who, in case you’re wondering, has Tyler Linderbaum going all the way in the top 10, taken seventh overall by the New York Giants. So who do the Pittsburgh Steelers end up with at 20? Well, you already read the headline, I’m sure, so it’s already spoiled: It’s Ole Miss quarterback Matt Corral, on whom Monson writes:

The Steelers can’t go into the 2022 NFL season with Mason Rudolph as the starting quarterback, and they don’t necessarily have the ammunition to get into a trade auction for veteran superstars who may be available. Inevitably, they may have to just grab the best quarterback available when their pick comes up in the draft.

Corral’s best season was 2020, where he earned a 90.5 PFF grade, but he cut down on turnover-worthy plays in 2021, slashing his rate of those plays from 3.8% to just 2.0%. Corral will be the top quarterback on some draft boards.

Corral is obviously one of the top quarterback prospects coming out of college this year, though the general consensus seems to be that this is not one of the most robust quarterback classes we have seen in recent years. Of course, the Steelers need a starting quarterback for the first time in practically decades.

Regular readers and listeners around here should be very familiar with Corral, and we have a draft profile already in the hopper ready to go from our own Jonathan Heitritter (spoiler: He concludes that he can be a quality starter). Our man has already highlighted Corral twice, first during the summer and then in October. You can read those pieces in the links included. Corral suffered an ankle injury during the Allstate Sugar Bowl at the start of the month, though it proved to be only a sprain.

Corral is the third quarterback off the board in Monson’s mock draft, with Cincinnati’s Desmond Ridder going ninth to the Denver Broncos and Sam Howell out of North Carolina coming off the board just two spots ahead of Pittsburgh to the New Orleans Saints. Malik Willis out of Liberty with the 32nd pick by the Detroit Lions rounds out the mock for quarterbacks.