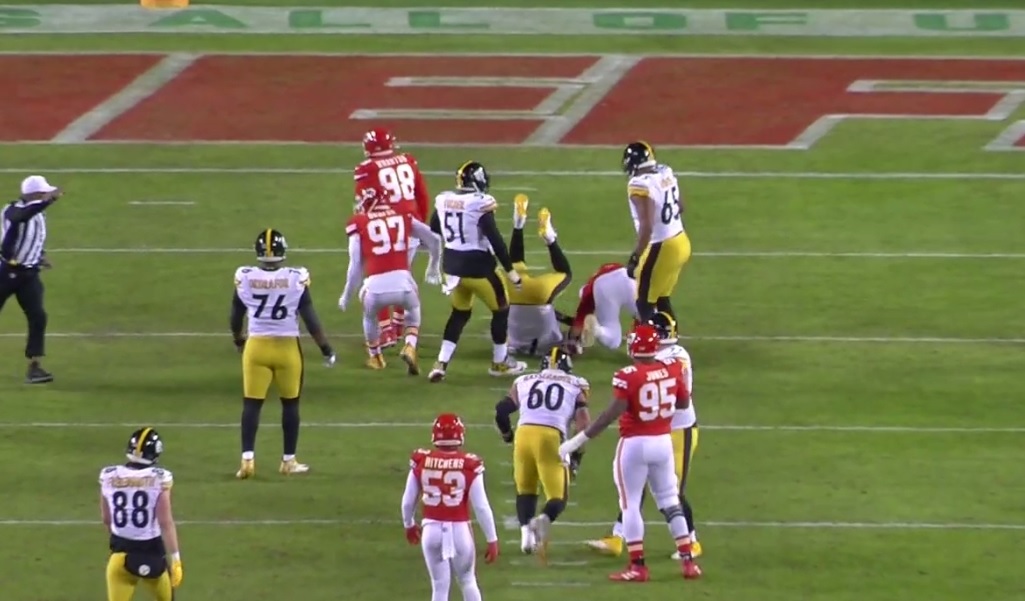 One of many self-inflicted wounds the Steelers had in the loss. Costly communication breakdown on this play. Right guard Trai Turner is expecting center J.C. Hassenauer to slide his way but Hassenauer slides away. It leaves the 1T completely unblocked and with a clear path to the quarterback. Easy sack on Ben Roethlisberger, a killer on third and two. 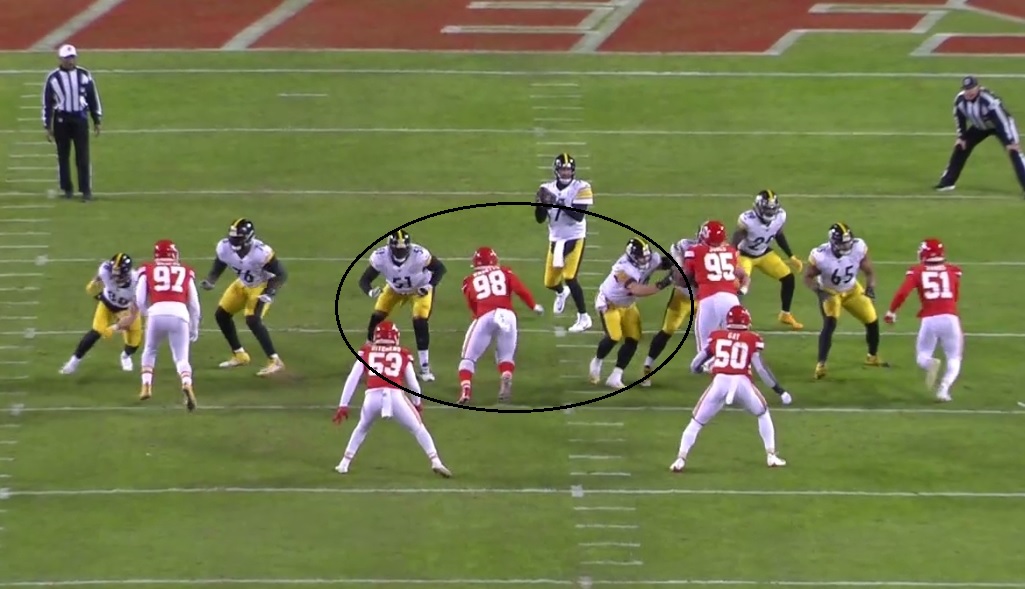 Forces the Steelers to punt and leads to a 48-yard runback, though T.J. Watt’s tip and Devin Bush’s interception save face the following play. Not that this offense did anything with the chance.

Who is at fault here? That’s difficult to say. Hard to identify breakdowns like this. I tried to go through other tape to get a feel for what other protections looked like against this front but couldn’t come up with anything conclusive. Generally though, if it’s center versus a guard, I’m going to be more likely to put the blame on the guard for not having the right protection than the center, since he’s the one controlling everything. The team slid quite a bit to DT Chris Jones, the Chiefs’ top threat, throughout the game, so it makes sense for Hassenauer to slide his way on a possession down and make sure he wasn’t left 1v1 on (essentially) rookie LG John Leglue.

So blame goes to Turner here.

Late in the game when it didn’t really matter. Not much open downfield for Roethlisberger, the Chiefs’ playing a softer zone and keeping things in front of them. On the line, rookie left tackle Dan Moore Jr. is trying to defend power against the ROLB, Michael Danna, and carries him up the arc. But the defender is able to rip through and past at the top. Danna’s able to corner through and make his way to Roethlisberger and bring him down.

Putting the blame here half on decent-enough coverage and the other half on Moore for getting beat, though it took longer than usual for the sack to occur.

Blame: Half on coverage, half on Moore