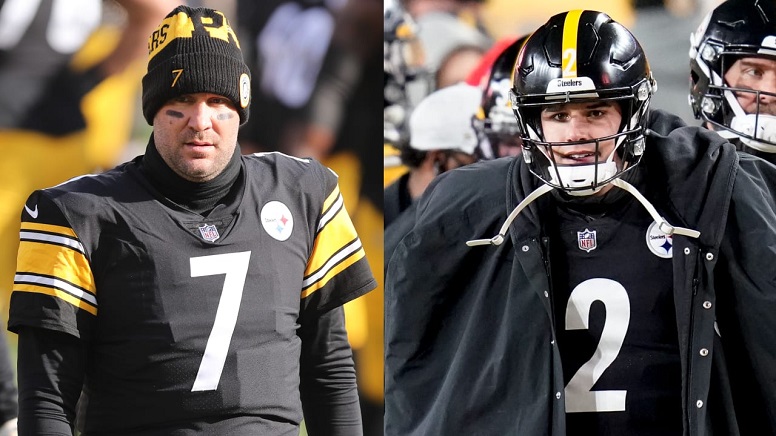 Ever since Mason Rudolph was drafted in the third round of the 2018 NFL Draft, he’s been the clear-cut backup. At best, entering each season as the #2 behind Ben Roethlisberger. There was 2019 when Roethlisberger’s season was cut short six quarters in, throwing Rudolph into the fire with predictably poor results.

In 2022, that’s going to change. Roethlisberger will no longer be an NFL quarterback. He’ll just be Ben, playing golf, going hunting, laying out on a couch somewhere. And for the first time, Rudolph will have the chance to win the starting job.

Speaking with reporters Wednesday, Roethlisberger was asked about Rudolph’s future with the team.

“He works really hard,” Roethlisberger said of Rudolph via the team’s YouTube channel. “He’s smart. He understands what’s going on. I think that it’s just the repetition. He got a lot of reps whenever it was that I didn’t play much, however many years ago that was. I know he and Duck kind of did some splitting time.”

Rudolph started eight games in 2019, and while he went 5-3 as a starter, his tape didn’t reflect a winning record. He threw just 13 touchdowns to nine interceptions and had several ugly games, falling apart against pressure and making numerous mistakes. He and Duck Hodges played musical chairs at quarterback throughout the season.

Of course, Rudolph was in his second year, and that was his first NFL action. He’s progressed since then, Roethlisberger and Canada praising his work ethic. Even in limited action in 2021, his improvement is evident, even if his overall play is less than inspiring.

Rudolph is the only quarterback currently under contract for 2022. His time spent in the Steelers’ system will give him a leg up on the rest of his future competition. And Roethlisberger no longer being “the guy” will give Rudolph the chance to fill that space, stepping out of that Hall of Fame shadow that’s been in front of him since Day One.

“I think this offseason probably knowing that there’s gonna be a competition for it, I think that’ll be good for him. It’s probably pretty hard to wrap your mind around, ‘what do I have to do to be the starter when there’s a old veteran guy ahead of you.’ So I think that could do wonders for him this offseason.”

Pittsburgh has failed to establish a firm QB plan in the post-Roethlisberger era. So Rudolph will have a chance to be that option, at least in the short-term. But it’s hard to imagine Rudolph simply being handed the job. There will be competition, likely in the form of a more mobile veteran. And on the off-chance the team hits the moon with a big prize like Aaron Rodgers, Rudolph will maintain his backup duties.