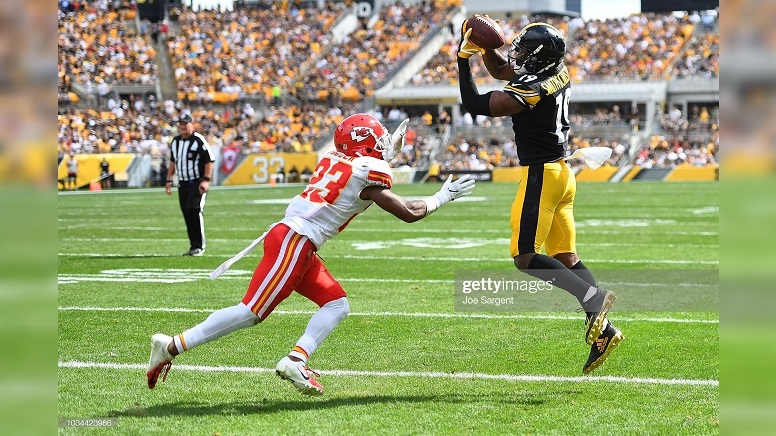 The news regarding Pittsburgh Steelers’ wide receiver JuJu Smith-Schuster just gets better and better each day.

After returning to practice Thursday and starting the clock on his 21-day return from Injured Reserve, all signs are pointing towards the fifth-year receiver making his return to the field on Sunday against the Kansas City Chiefs in the Wild Card Round, according to NFL Network Insider Ian Rapoport.

The Steelers would obviously need to make some corresponding 53-man roster moves should Smith-Schuster return to the lineup, as the team already has a roster exemption until Saturday for fourth-year receiver James Washington, who is returning from the Reserve/COVID-19 list, and is also carrying two punters in Pressley Harvin III and Corliss Waitman as of Friday morning.

Rapoport’s Friday morning report goes directly against the Thursday night report from Pittsburgh Post-Gazette Steelers’ insider Gerry Dulac, who reported that the Steelers are not planning to play Smith-Schuster on Sunday.

Rapoport’s nugget comes just hours after Steelers’ quarterback Ben Roethlisberger appeared on the 102.5 WDVE Morning Show in Pittsburgh, stating that he though his favorite receiver “looked awesome” in practice Thursday and would be a great addition to the lineup for the energy and encouragement he brings to the table.

“I don’t have an answer to the possibilities or any of that stuff,” Roethlisberger said to the DVE Morning Show crew, according to audio via iHeart.com. “Yes, he was at practice yesterday. I thought he looked awesome, but it’s his body. Only he knows how he feels and how it felt. And, you know, he had a pretty significant injury, and so, the way JuJu plays the game is physical. We all know it. We all love it.

“He could boost this offense. And even if it’s like you say a few plays…it’s the encouragement, the energy he brings on the sideline,” Roethlisberger added. “Anything like that to have one of your guys out there would be huge for us. So, I’m keeping my fingers crossed. We’ll see how he feels today.”

There’s a lot of gamesmanship going on at the moment with the Steelers. We’ll see what Friday’s injury report looks like regarding Smith-Schuster’s availability. Things are trending in the right direction though for No. 19.

Friday morning, Rapoport took his reporting one step further, appearing on the Pat McAfee Show and stating that he believes Smith-Schuster will play on Sunday against the Chiefs.

"I think both JJ Watt & JuJu Smith-Schuster will be playing this weekend. I heard JJ looked very good at practice yesterday & JuJu back for the Steelers is a very big deal" ~@RapSheet#PatMcAfeeShowLIVE pic.twitter.com/5E3tLuwXnO