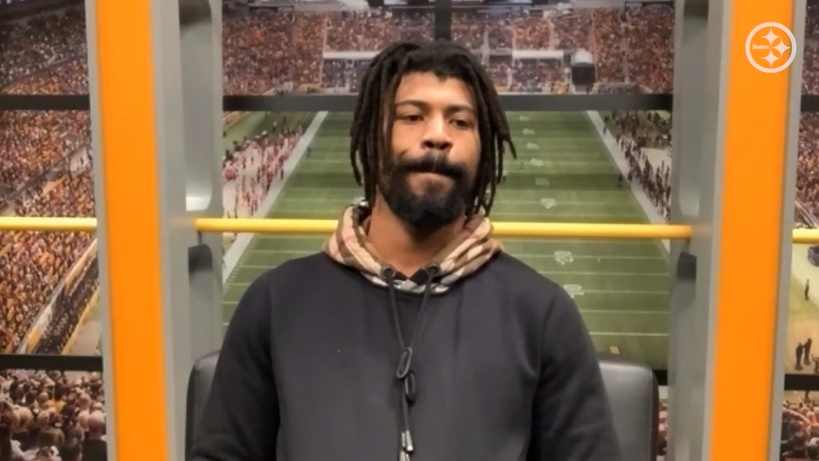 Cam Sutton is regarded as one of his defense’s smartest players. He’s arguably the most versatile. So if he says something was hard to do, you know it’s true. Moved from a slot/dime role to a near full-time, outside cornerback spot this season, Sutton said it was quite the adjustment to make.

He spoke with reporters Thursday about his transition to the outside.

“I was talking about this earlier,” he told the media via Steelers.com. “It is like my first year in the league almost it feels like. Even then, I sold myself short with missing one game. That’s just a competitor in me. It was a solid year. Up and down but definitely a solid year.”

Prior to 2021, Sutton was a Swiss Army Knife, bouncing around the formation and shuffled on and off the field. A floating defender in dime packages, the occasional slot work, rotating to playing safety to allow Minkah Fitzpatrick to spin down, he wore all the hats. But when the team released Steven Nelson, it opened up Sutton’s spot as the team’s right cornerback. He still moved around a bit, especially late in the year kicking back to the slot in sub-packages along with the occasional rotation but he was a much more static player in 2021 than he was in 2020.

Our charting can prove that. Here’s his snap usage a year ago.

A stark contrast. He played about 66% more of the time at right corner in 2021 than he did a year ago. Not to mention the volume of snaps, doubling his count compared to 2020, becoming a full-time, every down player for the first time in his career.

His success on the outside wasn’t always ideal. According to our charting, Sutton allowed a 75% completion rating, 513 yards, three touchdowns, and a 116.9 QB rating against.

In part, Sutton chalked up his mistakes to seeing different things on the outside for the first time. Mistakes that will be corrected with time.

“You’re not gonna be the best at something only seeing it one time only a few times, I would say you gotta you master those things within continuous repetition and seeing those things, and being able to do that this year on a consistent level. A consistent basis down in and down out.”

Despite the rocky season, Sutton said there’s plenty of lessons to take away from this year.

“A lot to build off of. I learned a lot learned a bunch. Just for being able to actually really see the league for what it was. From an overall, whole standpoint. It’s only gonna diversify, make me better as a player. Make me better as a leader. A guy that opened up to a lot of different roles throughout the course of the year.”

Playing on the outside against football’s best receivers is a whole new world. As Sutton says, one that should make him better on the field and in the locker room. With Joe Haden possibly having played his last down in Pittsburgh, the Steelers will need someone to step up in that locker room. That guy could be Sutton, who would become one of the secondary’s veterans if Haden departs.