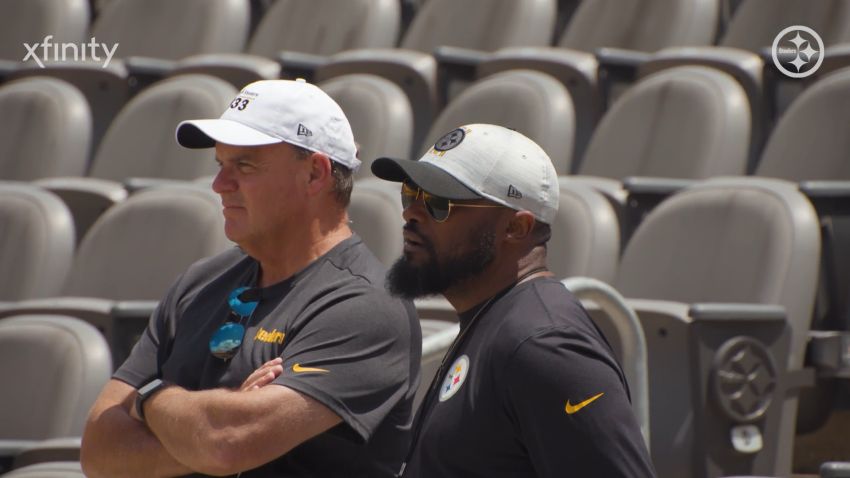 For the first time in 18 years, the Pittsburgh Steelers have plenty of doors to choose from when it comes to selecting their starting QB. It used to be Door #7, Ben Roethlisberger, every year since 2004. That door is permanently shut, leaving three others opening up in its place.

Door #1 – Stick internal. Mason Rudolph was drafted with a first-round grade and visions of replacing Roethlisberger. Now he has a chance. Dwayne Haskins can push him as the #2 while the whip smart Josh Dobbs will be healthy to push Haskins and at worst, be the #3. Build the rest of the team, including the O-line, and wait on a QB.

Door #2 – The Draft. How the Steelers have always built themselves and how they’ve uncovered their pair of Hall of Fame quarterbacks (unless Bobby Layne counts). It’s the long-term play and probably the only avenue in which they’ll find Roethlisberger’s actual successor. But having the 20th pick means you likely aren’t getting your choice of player, and a rookie may not help your team in 2022. After all, even Roethlisberger was supposed to sit on the bench his first year.

Door #3 – Free Agency Or Trade. A slightly more attractive bridge option at quarterback. At least one who will offer more mobility to the offense. Pick the name you could tolerate the most. Mariota. Brissett. Bridgewater. They’re all varying shades of “meh” to compete in an AFC littered with top passers.

Though chances are low, if they want to swing for the fences, go for a quarterback who becomes available, Aaron Rodgers or Derek Carr the best potential options (and emphasis on potential).

For a team going through its quarterback selection process for the second time in two decades and for the first time under Mike Tomlin, no avenue should be closed off. Tomlin’s right, everything should be on the table. That siren that’s been sounding for the last year, knowing 2021 would be Roethlisberger’s final season, is as loud as ever. Alert, alert. You need a quarterback.

There’s only a handful of options I’d shut down out of the gate. Don’t trade for Jimmy Garoppolo. Don’t sign Mitch Trubisky. There’s probably going to be one or two rookie quarterbacks I’ll eventually conclude the team should stay away from. But this team has to cast a wide net for any potential replacement or anyone who is going to be in the quarterback mix. Any other approach is the wrong one.

That doesn’t make the process any easier. And it doesn’t necessarily speed things up. Most teams have fits and starts trying to find its next “guy.” The internal options are stop-gaps, at best. A rookie may need time and has at least a 50% chance of failing, robbing your draft capital and time. And a free agent option rarely works out long-term.

But this team can’t have blinders on the next couple of months. Every option, every path, and nearly every player must be considered. Keep trying until you get it right, until you find a viable option. That is the only thing this team can do.