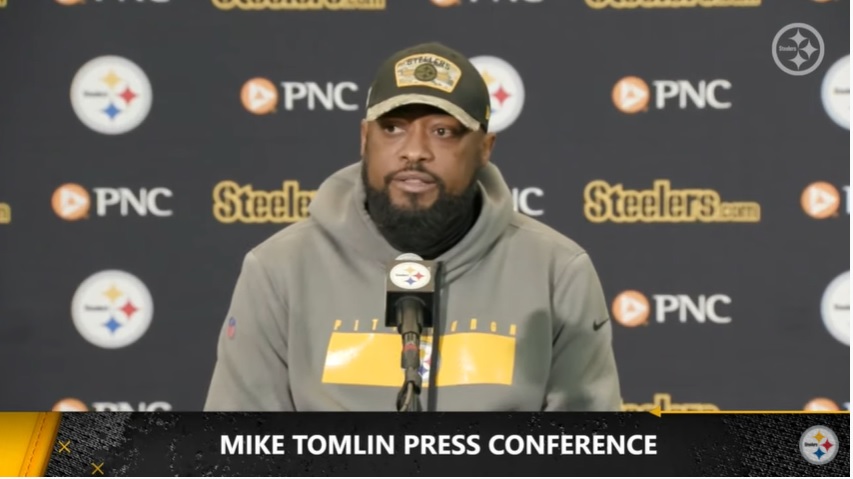 A head coach for 15 years, Mike Tomlin has done just about everything a head coach can do. Except for one thing.

2022 will be the year he works to check that off the list. The great unknown of who will quarterback this team in 2022 and beyond, a challenge this organization hasn’t had to face since 2004. For Mike Tomlin, like every other obstacle, he’s excited to meet the moment.

Ben Roethlisberger has played his last game as a Pittsburgh Steeler, and there is no clear or easy next-man-up. It’s not simply as turning to Aaron Rodgers after Brett Favre retired or handing the keys to Steve Young in the post-Montana era. Finding a franchise quarterback is the hardest and most important thing a team can do. And now the Steelers will join the majority of the league attempting to find that guy.

Sure, Tomlin noted Tuesday that Mason Rudolph and Dwayne Haskins will have a chance to compete for the starting job. And they probably will. But neither are long-term answers for this franchise. That guy, whoever it is, will have to come from outside the organization. Tomlin said all options are on the table.

“Right now, all options are on the table. But those decisions are interrelated based on our global needs and the totality of those global needs.”

Different media reports have said the team will look at a veteran “bridge” quarterback, while others suggest the team will build through the draft. Which is to say, no one knows what the Steelers’ approach is and frankly, the Steelers themselves probably don’t exactly know how they’re going to wade through these murky waters. Tomlin outlined how they’ll chart the course forward.

Both avenues have pros and cons. Free agency finds a more known quarterback and typically one who is more Day One ready. But it’s a costlier path and rarely do teams find long-term options. Good quarterbacks don’t often hit the open market. The draft offers a higher reward of finding that franchise guy, but there’s about a 50% bust rate with the position. And it’s not like the Steelers will be a team picking in the top three with their choice of what blue-chip prospect they want to select.