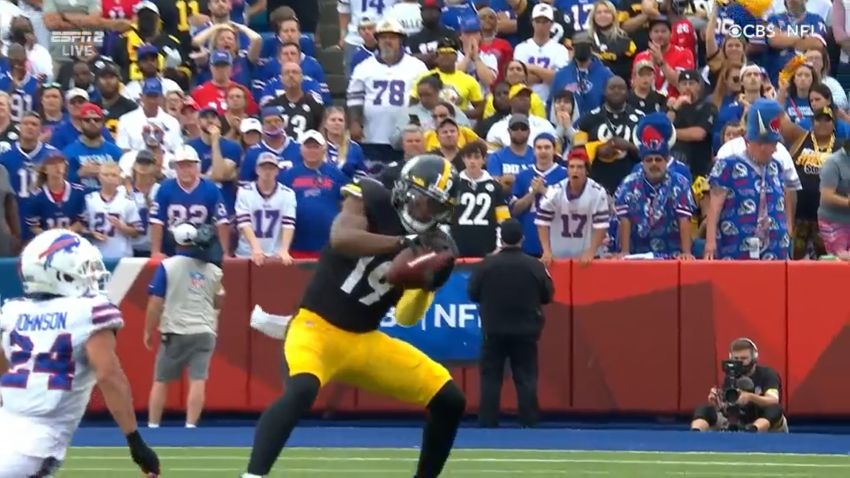 Explanation: JuJu Smith-Schuster has begun practicing for the past two days, for the first time since injuring his shoulder in October. Reports have indicated that he is healthy, and that the lean-in is toward him playing. He would have to be activated from the Reserve/Injured List by the end of the business day today, however, in order for him to be eligible to play.

And he is going to play. Even Gerry Dulac of the Pittsburgh Post-Gazette reported that he’s healthy. If he’s healthy, he’s playing, even if he can only be counted on to play a dozen snaps due to conditioning or whatever the factors might be. I’m sure he’s still been around the team this whole time. It’s not like he’s been off on his own.

While Dulac’s report indicated that he was healthy, it also indicated that the Steelers were not planning to have him available. He’s only practiced for two days, and he likely had done rather minimal work, mostly on air. Only so much could be expected of him under the circumstances.

This was more of a chess move from head coach Mike Tomlin. Getting Smith-Schuster up and moving serves multiple purposes. For one thing, it gives the Kansas City Chiefs something extra to prepare for, not knowing if they’ll even need to. For another, it provides a boost to the team morale to see him working his way back, and even an incentive for them to win this game, to give him a chance to suit up for the next game.