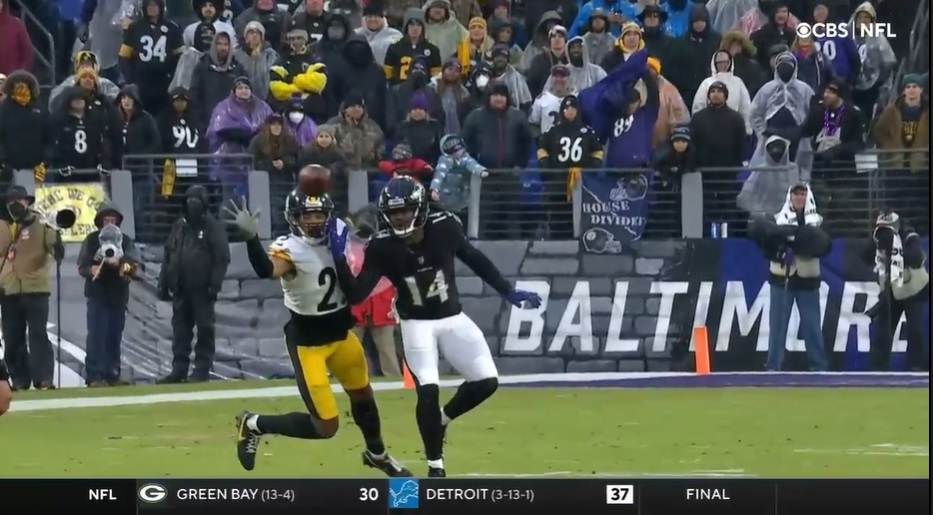 Historically, learning the Pittsburgh Steelers’ defense — especially in the secondary — can be difficult to do when jumping onto a moving train, so to speak.

For a number of weeks, that was the case for Steelers’ cornerback Ahkello Witherspoon, who was acquired in a trade with the Seattle Seahawks just days before the Steelers opened the season against the Buffalo Bills. Witherspoon, who didn’t bring any special teams abilities to the table, found himself on the bench early in the season, and couldn’t really work his way into a role.

That was until veteran starter Joe Haden went down with an injury. In stepped Witherspoon, and boy did he impress, picking off three passes and really developing into a lockdown corner down the stretch, raising some eyebrows both in the Steel City and across the NFL.

Now, the Steelers find themselves with a decision to make as Witherspoon enters free agency. Though he stated Thursday to reporters during his season-ending media session that he’s going to keep his options open regarding free agency and that he’s not too worried about it at the moment, Witherspoon spoke glowingly about the Steelers’ varying defensive schemes, which he said challenged him weekly and made it enjoyable.

Here is the Witherspoon INT and bad decision by Baker #Steelers pic.twitter.com/RNNMOUViLP

“Yeah, so I think just the varying defenses that we played here, they actually suit my game well because I like to be diverse in my game play,” Witherspoon said to reporters Thursday, according to video via Steelers.com. “I’m not gonna to say that you make the same type of plays, but in the traditional cover three system, you’re in a lot of very similar situations. When you’re rolling defenses out game in, game out, you’re getting exposed to different plays, making plays at different angles.

“I think as a competitor, as a corner, especially, it’s just fun to be a part of a defense that exposes you to those different facets of the game and challenging yourself and seeing where you can capitalize on other team’s mistakes and their trends based off of what they do for that week against what you’re going to do on that given play,” Witherspoon added. “And so just that type of detail, it’s just awesome to be a part of and I’m very excited to just see where my game goes, just because of this experience.”

Witherspoon certainly did a nice job capitalizing off of opposing teams’ mistakes in his time on the field, finishing with the three interceptions and nine passes defensed. He truly was able to grow into his role each and every week and really started to put up shutdown cornerback-like numbers down the stretch as the Steelers made a push for the playoffs.

Will that comfort in the Steelers’ varying defensive schemes, his affinity for Mike Tomlin and his overall strong relationship with defensive backs coach Teryl Austin cause Witherspoon to remain in Pittsburgh as a possible No. 1-caliber cornerback? Only time will tell, but based on his comments Thursday, he enjoys the challenges that playing cornerback in Pittsburgh present him as a competitor. That has to mean something in the free agency process.