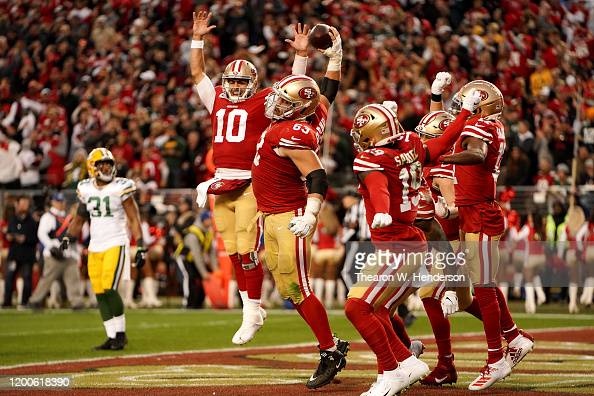 There weren’t many postseason distinctions that the New England Patriots’ dynasty of the past two decades left solely in the hands of the Pittsburgh Steelers. One category over which they still led the Patriots was total appearances since the NFL merger in conference finals games, having reached the AFC Championship Game 16 times.

They shared that lead with the San Francisco 49ers; however, with the latter advancing last night, they now own the record outright for the most appearances in the conference finals in NFL history since the 1970 merger with the AFL (beginning with Super Bowl IV).

The Steelers reached the AFC Championship Game three times—perhaps, at this point, that should be only three times—during the Mike Tomlin era. His teams appeared in the Super Bowl in 2008 and 2010, winning in the former season. They reached the conference finals in 2016, but lost.

That is the last season in which they have even won a postseason game, advancing through the first two rounds. They have since lost four consecutive postseason games beginning with that 2016 AFC Championship Game loss to the Patriots, who hold 15 conference finals appearances.

The Steelers still hold the record for the second-most postseason victories with 36, tied with the Green Bay Packers, who did not help themselves last night. The Patriots, who also went one-and-done during the 2021 postseason, own the record at 37 after going on a Super Bowl run in 2019, Tom Brady’s final year before departing for the Tampa Bay Buccaneers. One of their victories was prior to the Super Bowl era, however, so the Steelers are tied for the most playoff wins since the merger.

The Packers do own the record for the most postseason appearances with 34, the Dallas Cowboys moving into second place this year with 33. The Steelers, after qualifying this year, moved into a share for third place by tying the New York Giants at 32.

Likewise, Green Bay’s record includes pre-merger events, 11 of them to be exact. As you would imagine, so does the Giants’. The Cowboys’ total includes four pre-merger postseason events; the Steelers’ only includes one, so their 31 postseason appearances remains the most since the merger. The Patriots of 27, if you’re wondering.

What does any of this mean? Nothing, if you’re talking about the 2022 season and their future prospects. It means they won a lot of games and did well in the past. But they’ve only won three postseason games in the past decade, and have a sub-.500 postseason record over the past 15 years, even if they have reached the postseason 20 times in the past 30 (10 in each 15-year period for Tomlin and his predecessor, Bill Cowher).

The 49ers appeared in the first conference finals of the merger in 1970, losing to the Cowboys. Then they did it again the following year. They didn’t make it back again until 1981, beating…the Cowboys. Next week will be their 17th, going 7-9 in their first 16.