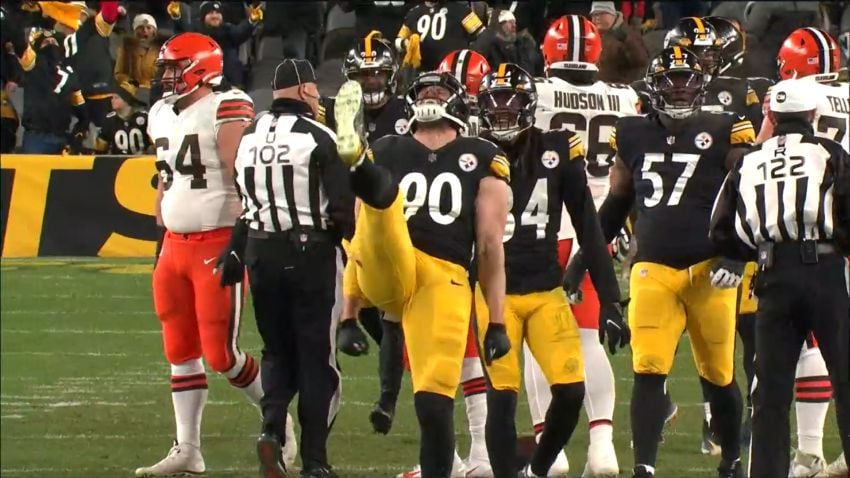 It’s almost not worth writing up a ‘stock up’ evaluation when you’re talking about a player coming off a game like T.J. Watt is, which earned him his third Defensive Player of the Week award of the season, and the sixth of his career.

He recorded four sacks on Monday against the Cleveland Browns, and also had two batted passes at the line of scrimmage. He now has 21.5 sacks on the season, which is already the fifth-most all-time in NFL history, and he only needs one more to tie the all-time record. Even half a sack would tie him for the second-most.

Watt did have the advantage of playing against a backup rookie at right tackle, and quarterback Baker Mayfield complained after the game about the fact that the Browns gave him little help. But a great pass rusher makes the most of the opportunities in front of him, and Watt certainly did that.

He has been the best defensive player in the entire league over the past three seasons. You could make a good argument that he was the best in each of those individual seasons as well. He should finally earn his first Defensive Player of the Year Award this year, at least.

He can solidify that if he manages to get a couple more sacks on Sunday against a Baltimore Ravens team that has allowed more sacks than anybody in the league this year. In fact, they’ve given up more sacks than the Steelers have recorded, and they have more than anybody else. They got seven sacks the last time they played the Ravens, including 3.5 from Watt.