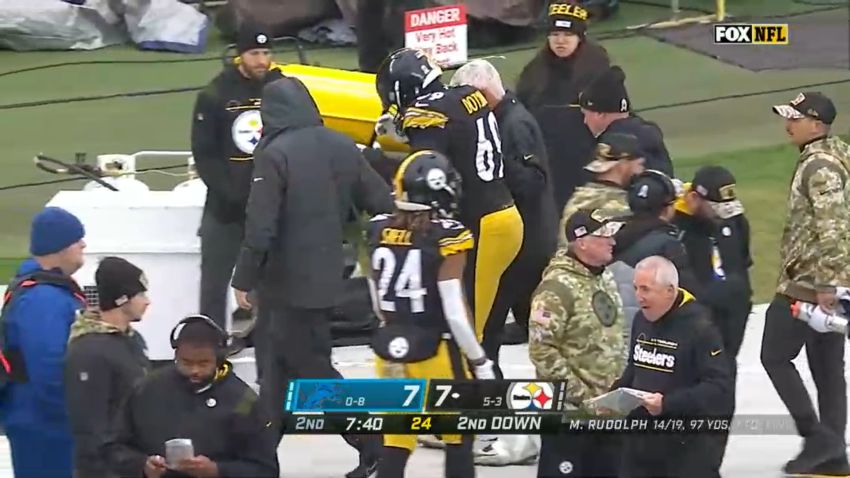 Reasoning: The second-year veteran was not activated from the Reserve/Injured List this week, and with only one game left to play, he may not take the field again until September.

Kevin Dotson entered the starting lineup full-time this season, though not without adversity. While there was some unverified reporting out there about the team being happy with him back in the spring, he did begin training camp injured, and missed time, and he had to work back into the starting lineup when he did return.

To say ‘back’ into the starting lineup wouldn’t be accurate, though, since he had never been a starter before, even if he was running with the starters during OTAs. But I digress. The point is this year hasn’t been all smooth sailing for him, though he’s done…alright, especially relative to the rest of the offensive line.

But he suffered an ankle sprain more than a month ago, placed on the Reserve/Injured List back on November 20. That was the Saturday after the Detroit Lions game on November 14, when the injury occurred. He’s a month and a half out from that injury, but evidently still not quite back yet.

B.J. Finney started in his place, then J.C. Hassenauer, then John Leglue. If Hassenauer has to start at center for Kendrick Green, then it will definitely remain Leglue at left guard. The question is, with only one game left after this, and especially if they lose, will Dotson be activated next week?

Suffice it to say that Pittsburgh’s offensive line is a work in progress. Dotson was seen as the closest to a sure thing heading into this year, which especially in hindsight should have told you everything you need to know. Will he be a part of the starting lineup in 2022? And if he is, will it be by default or because he’s genuinely looking like a quality starting guard?