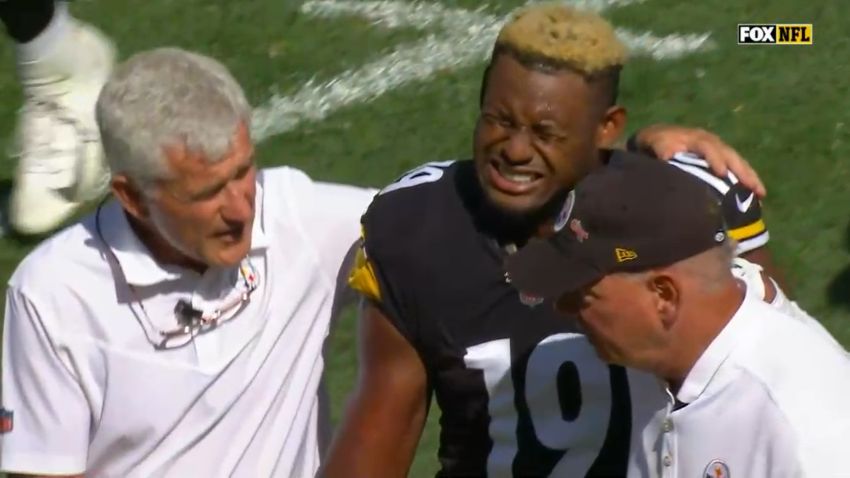 Question: Could JuJu Smith-Schuster actually be on the field for the Steelers this week?

In a surprise twist, the Steelers announced that fifth-year wide receiver JuJu Smith-Schuster participated in practice yesterday. It was the first time that he had done anything football-related since suffering a shoulder injury back in week five.

Not even his teammates were aware of the plan for him to practice, apparently, as fellow wide receiver Diontae Johnson, who spoke to the media yesterday, was surprised when he saw his teammate suiting up beforehand.

The Steelers have lacked quality depth since Smith-Schuster’s injury, though he wasn’t having a big statistical impact, himself. In the first four games, he caught 15 passes for 129 yards and did not score on a reception, though he actually had a rushing touchdown.

Head coach Mike Tomlin left open the possibility that Smith-Schuster could indeed play on Sunday. Subsequent reports from beat writers talked about the wide receiver being relatively healthy, but also adding the Steelers were “not planning” on having him available, which is pretty ambiguous and uninformative.

We may have a much better idea of whether or not he could realistically play today—or not. He figures to practice, but the Steelers have no responsibility to comment on his level of participation because he is not on the 53-man roster, even if they have officially started his 21-day activation window. At the least, he is much more likely to be available in a potential Divisional Round game if they can somehow slip by the Kansas City Chiefs.