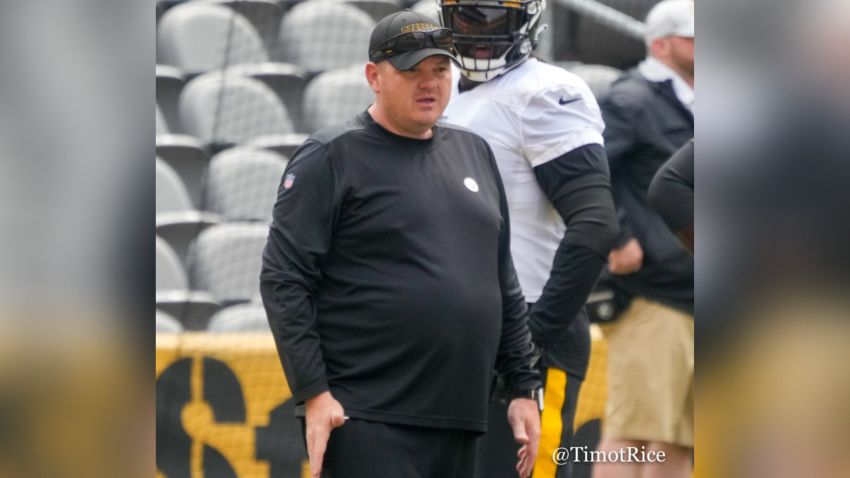 The Steelers’ offensive line has been a main source of criticism in 2021, as we know. Adrian Klemm, who headed the group this season, left the team for the same job at Oregon earlier this week.

As a result, Chris Morgan steps up as the interim offensive line coach, with an opportunity to earn that full-time job next season. Although he’s been in the role less than a week, the offensive line group is already comfortable with Morgan. Veteran Trai Turner talked about how excited he is for Morgan’s opportunity.

“I know a lot about coach C-Mo,” he told reporters via Steelers.com. “I was able to play against him a few times and I like the way that he coaches. I love the energy that he brings. I’m excited to get to work with him full-time. [I have] been seeing him since we started since we’ve been here and [we] already have a good rapport.”

Morgan’s got an opportunity to build an even stronger relationship these next few weeks, and hopefully transform the group’s performance in the meantime. Relating back to Klemm, the news on him moving on to Oregon came rather quickly.

On Tuesday, Tomlin said he and Klemm didn’t have talks about Oregon until last week. Turner talked about how he and the guys received the news on Klemm.

“You hear about news in the same way that you guys hear about it. It’s just the way that the business is ran, it’s no different than players coming in each week. It’s one of those things you have to deal with.”

It’ll be a crucial final month for Chris Morgan and his future with the team. Just going off past history, the Steelers like to hire within the organization when it comes to coaching positions.