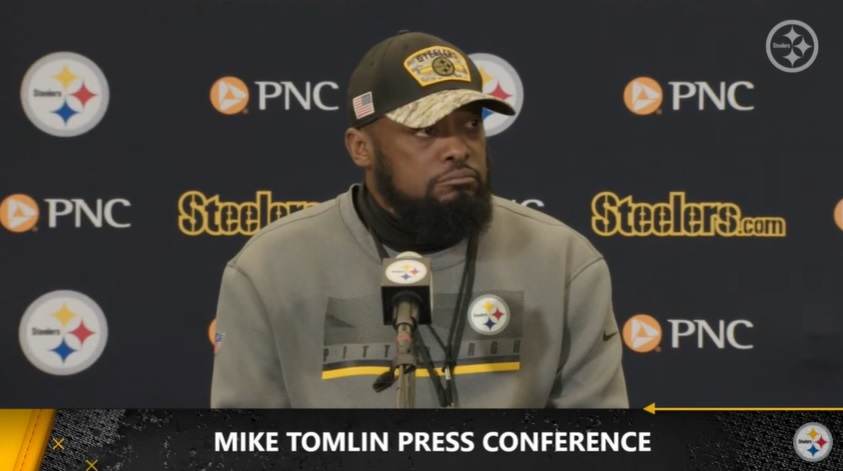 The Pittsburgh Steelers are a snowball rolling downhill. It takes awhile to get going, but once they build up some speed, they start moving. In other words, slow starts, fast finishes. Such was the case in Thursday night’s loss to the Minnesota Vikings, digging a 29-0 third quarter hole before nearly completing a furious, historic comeback. Slow starts are nothing new for this team. But Mike Tomlin told reporters he wasn’t concerned with that reality.

“I’m not overly concerned about that perspective,” he said via the team YouTube Channel Tuesday when asked about the team’s opening scripts. “There’s a lot that we’re trying to get done with that scripting whether it’s informational.”

The Steelers, like most offenses, script out their first 10-15 offensive plays. Against the Vikings, the Steelers put together an 11-play drive, though they gained just 26 yards. They did overcome a Chase Claypool penalty that put them in 2nd and 19, converting a fourth down two plays later. Ultimately, the drive ended without points, Chris Boswell’s 49-yard attempt hooking left.

Tomlin said games against unfamiliar opponents like Minnesota are as much about gathering intel than it is putting points on the board.

“Against an opponent like Minnesota that we’re unfamiliar with and we’re working on a short week. Oftentimes, you’re simply gathering information or setting things up for later in the contest.”

On the season, the Steelers have put together five point-producing first-possession drives. That’s tied for 13th-best in football. Four of those drives have resulted in touchdowns, tied for eighth-best. They are huge steps in the right direction compared to 2019 and 2020, where the Steelers had a combined one touchdown on opening drives, easily the worst in football. So in totality, Matt Canada has done a good job in that regard.

It is worth noting that looking more broadly, the Steelers are one of the league’s worst first-quarter offenses. They’ve scored just 34 points in the opening frame, tied for 25th in football. There is a clear disparity between first half and second half output. Pittsburgh ranks 27th in first-half points (114), but 10th in second-half points (171).

Tomlin’s ultimate belief though is scoring early isn’t a necessary ingredient for victory.

“Games aren’t determined in the first 10 to 12 snaps. They never are. I’m personally not losing a lot of sleep over initial drives.”

Pittsburgh’s upcoming opponent, the Tennessee Titans, are among the worst in football in first-drive success. They have just three total scoring drives and just two touchdowns this year. The teams who have the fastest starts in football are a list of unsurprising teams: The Kansas City Chiefs, New England Patriots, and Tampa Bay Buccaneers lead the league with six TD drives. All teams with great coaching. The New Orleans Saints are the only team without a first-drive TD, while the Baltimore Ravens, Jacksonville Jaguars, and Atlanta Falcons only have one.