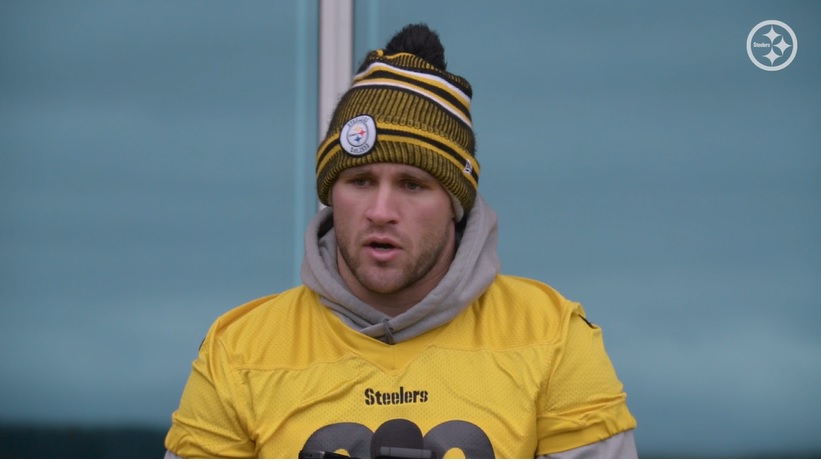 As the saying goes, there’s a difference between being hurt and injured. T.J. Watt isn’t injured, never even listed on this week’s injury report, but he’s far from 100%. In addition to the multiple injuries he’s dealt with since the beginning of the season, he’s now playing through cracked ribs, according to this report from NFL Network’s Ian Rapoport.

#Steelers star LB T.J. Watt will play vs. the #Chiefs despite a couple of cracked ribs, sources say.

As Rapoport notes, Watt was a full participant all week, his name never popping up on the injury report. Watt suffered the injury on the Tennessee Titans’ final drive, getting crunched by a Titans’ offensive lineman on a late fourth quarter run. He left the game briefly before returning to finish out the drive as the defense got the game-winning stop.

This is likely a pain tolerance injury and one he’ll have to play through the rest of the year. Cracked ribs don’t exactly go away in a week’s time.

In addition to the rib injury, Watt has been hampered by groin, knee, and hip injuries throughout the year. It hasn’t slowed him down much, his 17.5 sacks leading the league along with setting a franchise single-season record. Watt’s play will be key today against Chiefs star quarterback Patrick Mahomes. Pittsburgh is unlikely to blitz much today depending on Watt and their four-man rush to get home.