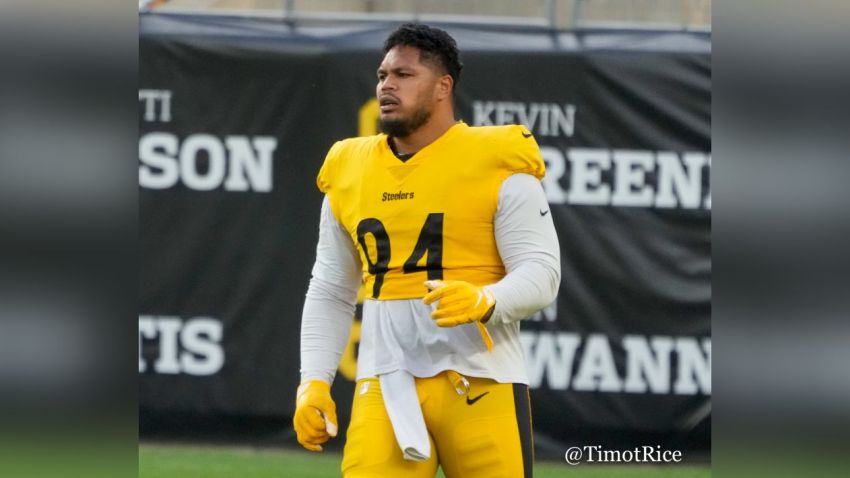 The Pittsburgh Steelers’ defense has stars at every level. Cam Heyward along the defensive line. T.J. Watt at linebacker. Minkah Fitzpatrick in the secondary. But as 2021 has shown, stars alone don’t translate to sturdy defense. Pittsburgh’s defensive eleven have struggled this season, especially against the run. They’re on pace to not only have the league’s worst run defense but a historically bad defense in team history, allowing 4.9 yards per carry, the most ever allowed in a season.

One man they’re missing is nose tackle Tyson Alualu, lost five quarters into the year after fracturing his ankle. Speaking on the All Things Covered podcast hosted by former Steelers’ corner Bryant McFadden, T.J. Watt, when asked, called Alualu the most underrated piece of Pittsburgh’s defense.

“He’s hurt. I would say Tyson Alualu in a heartbeat,” Watt told the show.

We had the same analysis weeks ago. There’s a clear correlation between the team’s run defense when Alualu has been healthy, when he’s played hurt, and when he’s been out of the lineup entirely. When healthy last season, the Steelers had the second-best run defense. When he battled through an MCL and ankle sprain, their run defense dropped to 12th. And without him for most of this year, they now rank 32nd. Pittsburgh’s allowed three 200+ yard games this year, including the last two weeks, an incredibly unusual season.

Watt praised Alualu’s on and off field impact.

“Tyson is a guy, number one team player ever. Best teammate of all-time. Wants to see everybody else succeed. But a guy that, you talk about just stopping the run, having phenomenal hands, rushing the passer, practices super hard. Is an absolute technician. And then is willing to turn around and help any young guy, any guy that just wants any help.”

Alualu has been a quiet leader in that room. A former first-round pick, he adjusted to a more part-time role in Pittsburgh. He also made a position switch from playing defensive end and defensive tackle to nose tackle when Javon Hargrave left in free agency following the 2019 season. He also left $500,000 on the table, spurning the Jacksonville Jaguars to return to Pittsburgh this offseason.

“I can’t say enough good things about Tyson Alualu and I don’t think that he gets the respect that he deserves. It’s a damn shame that he wasn’t able to stay healthy this year.”

Alualu is under contract through next year, so he could and should return. But he will be 35 years old and coming off a severe ankle injury. Soon enough, the team will need to find his replacement. Perhaps that’s Montravius Adams, or someone outside the organization.