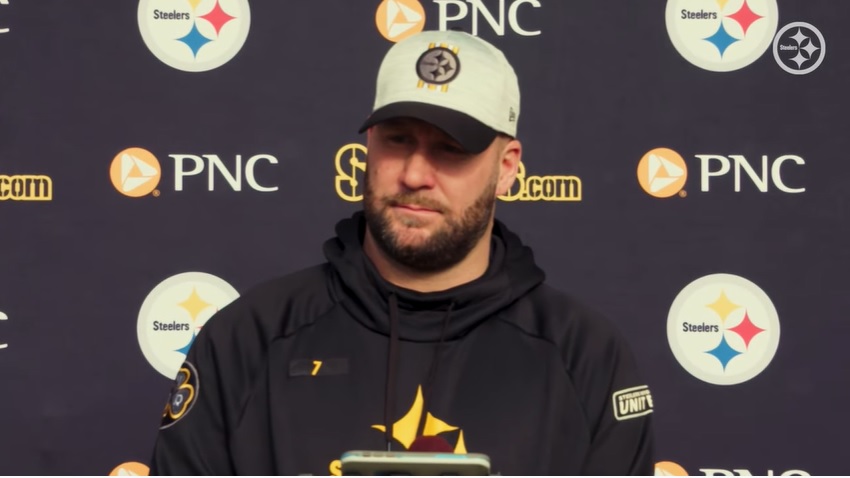 The Steelers are faced with an enormous task this weekend in trying to go into Arrowhead Stadoum and get a road victory. At the moment, Tyreek Hill, Travis Kelce, and others are in COVID-19 protocol for the Chiefs.

That certainly helps the Steelers’ chances, but the offense, in particular, needs to make plays. Ben Roethlisberger discussed the keys in this weekend’s tilt in Kansas City.

”Taking care of the ball is obviously huge,” Roethlisberger said Wednesday via the team website. “Not turning it over, which we were able to do last week, is a key to victory.”

Regardless of the guys at the skill positions, the Chiefs will still put up points with Patrick Mahomes manning the quarterback position. As a result, the Steelers offense will need to step up immensely.

As Roethlisberger discussed, not turning the ball over and eliminating negative plays are the beginning steps. Beyond that, controlling time of possession against good teams and good quarterbacks is always crucial.

The Steelers are +8 in turnover differential in their wins this season. In fact, they have lost all five games in which they’ve lost that battle.

“In a game like this, if you possess the ball, that helps [too]. They (Chiefs) can obviously score fast and do amazing things, so we just gotta be smart and play our game and that’s gonna be the key no matter what happened.”

Furthermore, the team is -6 in turnover differential in non-wins, which include all six losses and the tie against the Lions. In other words, with the inept offense Pittsburgh has, they have minimal room for error. That makes turnover differential so crucial each week, especially when facing an opponent like the Chiefs.

On the season overall, the Steelers are +2 in turnover differential compared to the Chiefs, who are dead even. It’ll certainly be a major deciding factor in Sunday’s AFC battle.