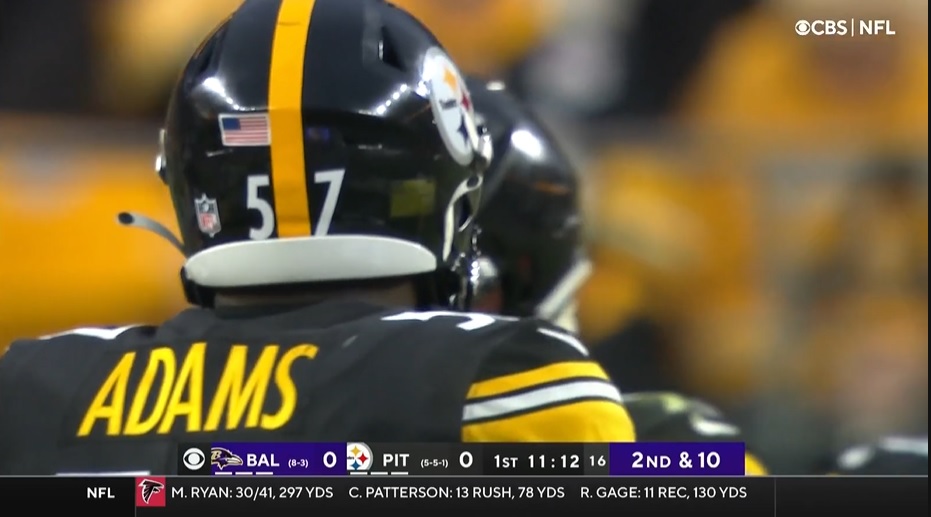 It’s only one game. But it’s hard not to take notice of Montravius Adams’ play in the middle of the Pittsburgh Steelers’ defense Sunday. Perhaps that’s partially a product of the team being starved for anyone who could competently play nose tackle. But after being with the team for less than a week, Adams looked good in his Steelers’ debut. And Mike Tomlin couldn’t help but smile when asked about Adams’ future.

Adams was plucked off the Saints’ practice squad one week ago today. With Isaiah Buggs out due to a knee injury and Carlos Davis not dressing, Adams became the Steelers’ guy, starting Sunday’s game against the Ravens. He played 34 quality snaps, recording two tackles and a pass deflection. One tackle potentially saved a long perimeter run by the Ravens’ running back, Adams showing the ability to flow down the line and make a play.

As Dave Bryan noted on The Terrible Podcast, Adams showed an impressive burst and get-off to get penetration into the backfield. Here’s one example. 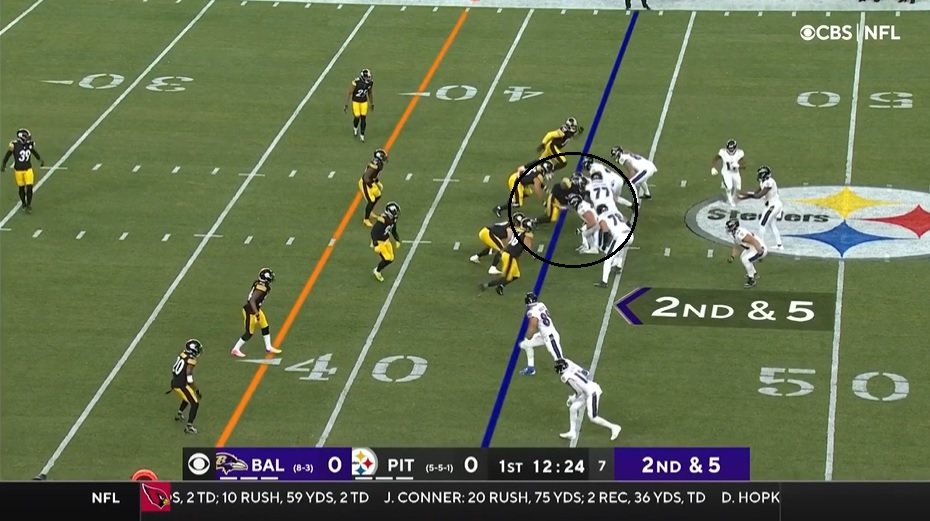 Getting to play over the ball helps, but Henry Mondeaux isn’t even out of his stance and Adams has already crossed the line of scrimmage.

While it’s tough for any player to catch a moving train with a new team and new system, Tomlin admitted teaching Adams to play nose tackle isn’t as complicated as it would be for other positions.

“Some jobs are easier to do on the fly than others. Generally man, a defensive lineman, you tell him what gap to play in and you encourage him to stay in that gap and it’s good business. It’d be more challenging at some other positions. And so I’m appreciative of his efforts. I don’t discount it, but it’s probably one of the easier positions to kind of get on the moving train with.”

Tomlin also noted the veteran leadership of guys like Cam Heyward and Chris Wormley, who played traffic cop and directed Adams where he needed to go, something that was clear to see watching the game live.

With a short week and quality performance at his back, Adams figures to be the team’s nose tackle Thursday night against the Minnesota Vikings. Sunday was just one game, but it was a key one, and Adams stepped up when the Steelers needed him the most. Credit to the Steelers’ pro scouts for identifying a talent who could come in and help the team right away.