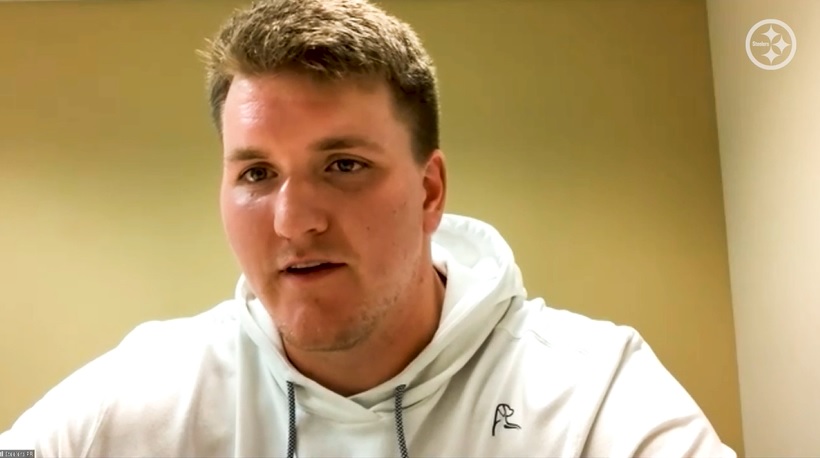 When Pittsburgh Steelers starting left guard B.J. Finney exited Sunday’s win over the Baltimore Ravens early in the first quarter with a back injury, the Steelers’ depth in the trenches went from bad to worse, as oft-traveled backup offensive lineman John Leglue was forced into action, making his NFL debut.

For many, that was a scary notion, as the Steelers’ offensive line was already playing poorly against a tough Ravens’ front, but Leglue stepped up to the plate and played well, especially down the stretch as the Steelers put up 17 fourth-quarter points to come back and beat the Ravens 20-19, keeping their slim playoff hopes alive.

The talk of the town following his performance on the ground in Sunday’s win, Leglue met with the Steelers’ media for the first time Monday, crediting the offensive line’s preparation as a whole for his individual success against the Ravens.

“…It is just one of those things; you prepare every week like you’re gonna be playing,” Leglue said to reporters Monday, according to video via Steelers.com. “Coach Klemm and all the o-line coaches emphasized that. Coach Tomlin always tells us make sure you take the opportunity. And one of the biggest things is, every day in practice, we all practice with a purpose in order to be able to maximize our opportunity when we do get it. So, I would definitely say Coach Tomlin puts us in the right position to be successful on the field.”

Leglue stepped right in and didn’t miss a beat, moving defenders off of their spot in the run game, while also holding up in pass protection as the Steelers mounted a comeback. He showed good overall athleticism and functional strength, making a case for more playing time along a battered offensive line in the Steel City.

Asked by a reporter Monday about what his thoughts were prior to taking the field for the Steelers’ third possession of the game, Leglue again leaned on his preparation.

“I mean, it’s just one of those things. Like I said earlier, the way we prepare as a whole offensive line and a whole team, everybody’s ready for the moment, whenever that that number gets called,” Leglue added. “I’m very thankful that we played well across the board. We did a great job and I’m very, very thankful for the outcome.”

How the offensive line shakes out on Thursday night against the Minnesota Vikings remains anyone’s guess. I’m betting there’s a good chance #77 is starting at left guard, though.