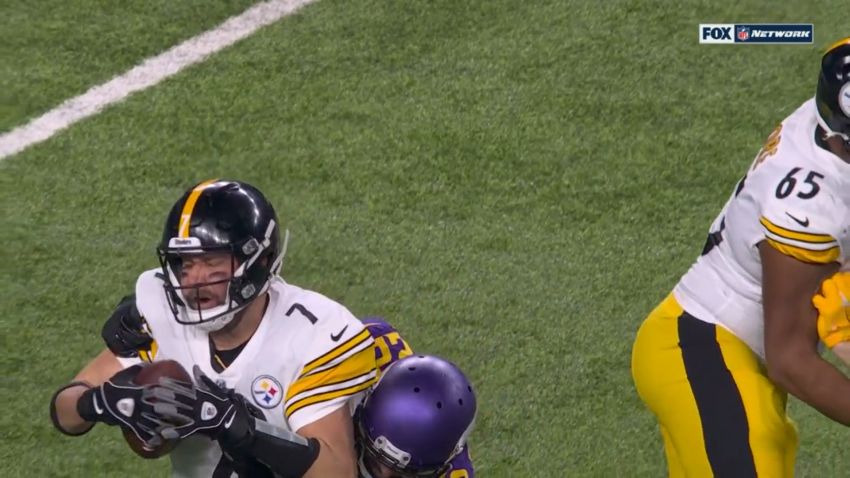 Ben Roethlisberger has taken a beating this season, not only in Thursday’s loss to Minnesota but throughout the rest of the regular season. Many times this year he’s looked every bit of a 39-year old quarterback with bad knees.

Speaking to the media during his Tuesday press conference, Mike Tomlin spoke on how the Steelers can protect Roethlisberger over the final four games.

“We can stay on schedule better,” Tomlin told reporters via the team’s YouTube channel. “I think that’s a catalyst for it. That’s always been a catalyst for us in terms of minimizing his exposure. When we do a better job of staying on schedule, those hits are less. We acknowledge last Thursday night is not what we’re looking for in that regard.”

Roethlisberger was sacked five times against the Vikings, the most he’s been sacked in one game since a 2014 loss to the Tampa Bay Buccaneers. On the season, Roethlisberger has been dropped 30 times. That’s already the most he’s been sacked since that 2014 season, when he was taken down 33 times. He’s highly likely to surpass that number this season, and will probably end with his most-sacked year since 2013 (42 sacks). Roethlisberger’s 6.2% sack rate is the highest its been since that season.

Compare that to a year ago when Roethlisberger was sacked just 13 times in 15 starts, dropped a league-low 2.1% of the time. Roethlisberger has the quickest snap-to-throw time in football at 2.4 seconds, but is shaping up to be one of the top-ten most-sacked quarterbacks on the year.

As Tomlin notes, the Steelers’ offense will be more efficient by staying on schedule. That means running the ball better and in general, being a more effective first down offense. On the season, Pittsburgh is averaging just 4.4 yards per play on first down. That’s tied for 30th in the NFL, and only ahead of the lowly Houston Texans. The Steelers have 38 negative yardage plays on first down this year, tied for third-most, causing them to consistently be in third and long. Three of Roethlisberger’s five sacks Thursday came on third down when Minnesota could dial up their most aggressive looks.

Pittsburgh will face a Tennessee Titans’ defense Sunday certainly capable of getting after the quarterback. They have 32 sacks on the season, with OLB Harold Landry leading the team with 11. Interior lineman Jeffrey Simmons is having a strong season with 7.5 sacks, too, while former Steelers OLB Ola Adeniyi is having a career year. If the Steelers can’t stay on schedule, it could be another long day for Roethlisberger and his offense.