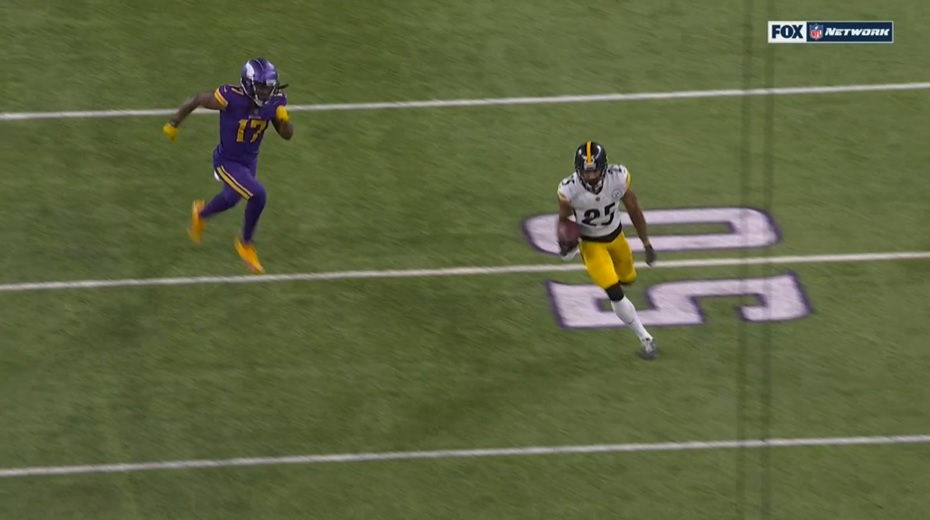 – There have now been 12 NFL games that ended 36-28, Thursday night’s score. Three of them have occurred this season. Cowboys/Panthers in Week 4, Packers/Rams in Week 12, and Steelers/Vikings last night. Since 2000, a score of 36-28 had only happened once, a 2000 game between the Falcons and 49ers.

– Pittsburgh has been outscored 78-16 in the first half of their last four games.

– Ben Roethlisberger was sacked five times Thursday, the most he’s been dropped in a game in seven years, a 2014 loss to the Tampa Bay Buccaneers.

– Chris Boswell had his first field goal (not extra point) miss since Week 3, snapping a streak of 20-straight made kicks.

– This was Ahkello Witherspoon’s first two-interception game of his career, college or pro. Who would’ve guessed it.

– Kind of a funny stat. Not a surprising one given the landscape of today’s NFL. But the number of games with 300+ passing yards, 3+ TDs in Steelers’ history.

Roethlisberger needs one more performance to tie Dan Marino for 5th most in NFL history.

– Najee Harris needs just three receptions to set the franchise record for most catches by a rookie. He has 60 on the year.

– Pat Freiermuth has tied the Steelers’ record for touchdowns by a rookie tight end, matching Eric Green’s mark set in 1990. He now has seven. If only he could’ve had eight….