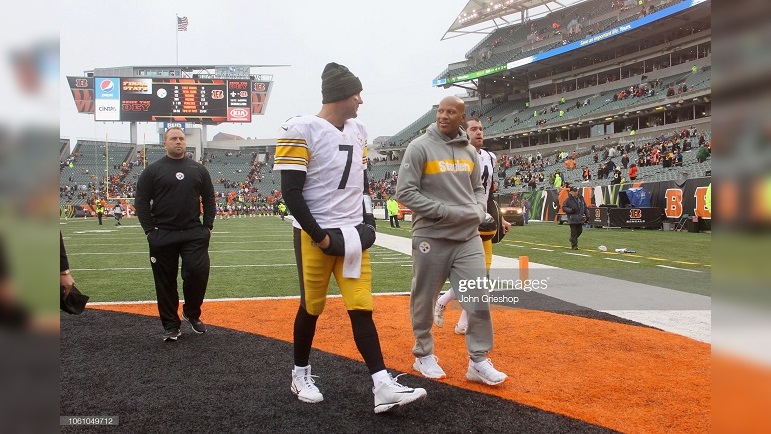 Will this season be the final one for Pittsburgh Steelers quarterback Ben Roethlisberger? A lot of people feel it should be. And one of those people is former Steelers inside linebacker Ryan Shazier.

On Wednesday, Shazier, who is currently making the media rounds promoting his new book, was a guest on the ‘Tiki and Tierney’ show and during his interview he was asked what he thinks the Steelers path should be at the quarterback position past the 2021 season.

“So, I’m a big Big Ben fan. He’s a friend of mine and I always want to see him succeed,” Shazier first said. “Obviously, sometimes the game tells you when it’s time. And, you know, everybody wants to play until their Tom Brady’s age, or everybody wants to play until their 60 years old, but sometimes the game will tell you when it’s time. And so, I love Ben, but I think next year may be time for him to step away from the game.”

Shazier then explained why he thinks it might be time for Roethlisberger to retire.

“Like, Ben has been known for being one of those type of quarterbacks, and I’m not trying to say he’s Kyler Murray or Lamar Jackson, but he’s one of those kind of quarterbacks that was really tough to bring down, extend the play and allow his team to make big plays because of how much of an athlete he was,” Shazier said. “And he wasn’t like a speedy athlete, but he was an athlete. He knew how to change the game. And I feel he’s losing a lot of that. And then he’s also losing the arm. And so, when you can’t play the way that you want to play, it gets tough. And, you know, sometimes the game will allow you to leave on your own terms and sometimes the fans and the game will tell you when it’s time to leave. And I think it might be getting that time for Ben to maybe step away.”

“But if Ben does step away, I think there’s two huge free agents on the market that Pittsburgh is definitely gonna be, I think, pushing for,” Shazier explained. “One of them’s name is Aaron [Rodgers] and the other name is Russell [Wilson]. I think if we add either one of those guys to our team, I think we have the talent around them to make them do well.”

Shazier was then pushed to choose between Aaron Rodgers and Russell Wilson.

“I’ll promise, if you close my eyes and spin me in a circle, I don’t care which one you point at, I’m all right with,” Shazier said. “But If I had a choice and I was like, hey, I think you put this guy on our Steeler team and we can win the Super Bowl next year, I’ll have to go with Aaron.”

Well, Shazier’s comments certainly will keep the Rodgers and Wilson to Pittsburgh in 2022 speculation alive for the next few weeks. It is worth noting, however, that neither Rodgers nor Wilson are scheduled to be free agents after the 2021 season ends. Both are techincally under contract with their respective teams, the Green Bay Packers and the Seattle Seahawks, through the 2023 season. That means that unless either are cut, the Steelers would need to work out a trade to acquire their services.

So, if you are hoping that the Steelers next quarterback in 2022 will be either Rodgers or Wilson, Shazier shares the same sentiment. Personally, I will be shocked if either one of Rodgers or Wilson will be the Steelers quarterback in 2022, but I guess stranger things have happened before. In the meantime, however, it’s pretty clear that Shazier thinks that Roethlisberger should retire after the 2021 season ends.