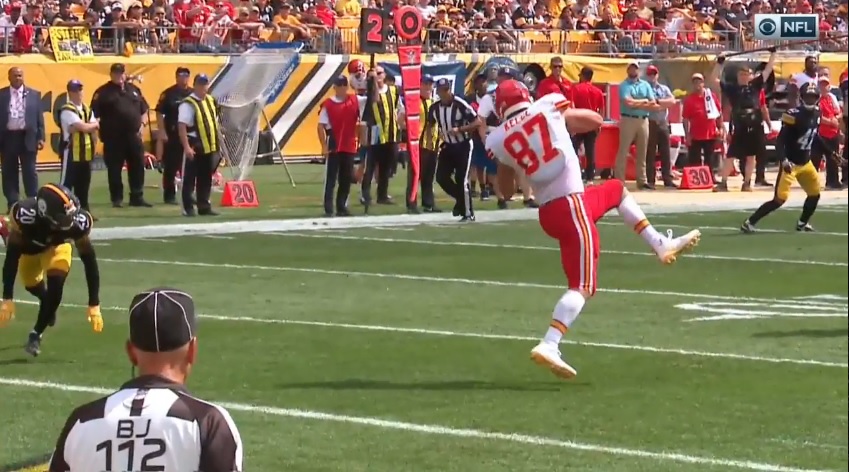 One day after getting some great news on wide receiver Tyreek Hill, the Kansas City Chiefs received some bad news on Sunday morning, as star tight end Travis Kelce will miss the 4:25 p.m. game against the Pittsburgh Steelers at Arrowhead Stadium after failing to clear COVID-19 protocols.

According to a report from ESPN NFL Insider Adam Schefter, Kelce will miss Sunday’s game, marking the first contest he’ll miss during the 2021 season, and just the second game overall he’ll have missed dating back to the 2017 season.

Chiefs’ Pro-Bowl TE Travis Kelce did not clear protocols this morning and is out for today’s game vs. the Steelers, per source.

Kelce was previously placed on the Reserve/COVID-19 list on Monday four days after scoring the walk-off touchdown against the Los Angeles Chargers in overtime on Thursday Night Football.

Schefter previously reported that Kelce is vaccinated, which meant his placement on the list is the result of a positive test. Due the NFL’s new COVID-19 return-to-play protocols, Kelce could have been cleared in advance of Sunday’s game against the Steelers if he was asymptomatic of the virus.

Christmas Day, Kelce was activated from the reserve/COVID-19 reserve list and was added to the team’s injury report as questionable for Sunday’s game against the Steelers, Matt Derrick of ChiefsDigest.com reported. But as of Sunday morning, Kelce was unable to clear protocols, forcing him to miss the Chiefs’ home finale against the Steelers.

Reserve tight ends Noah Gray and Blake Bell will replace Kelce in the lineup against Pittsburgh, which is huge news for the Steelers.