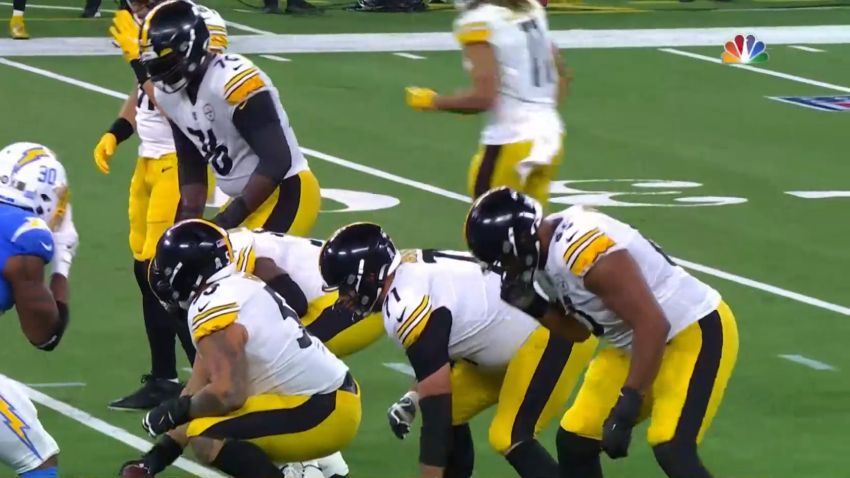 The Pittsburgh Steelers are going through an identity crisis of sorts this season, having an often-stagnant offense combine with an overmatched defense to equal a product on the field that has been difficult to watch at times.

The offensive line is currently going through a complete rebuild and has had mixed results to put it best so far, struggling mightily to start the season, yet having flashes at times of being able to establish a ground game and play with that physicality OL Coach Adrian Klemm preached this offseason when he got the promotion. Still, consistency has yet to be found in a group that constantly makes mistakes in the run game and are on pace to give up the most sacks on Ben Roethlisberger since the 2014 season.

While the OL is battling growing pains of having a bunch of new, inexperienced faces upfront, the DL is dealing with a similar issue but for different circumstances. The Steelers projected to retain their starting unit from last season on the defensive side of the football with a unit of Cam Heyward, Stephon Tuitt, and Tyson Alualu arguably ranking as one of the top DLs in the league. However, Tuitt lost his brother this offseason and has since suffered a knee injury, keeping him from even taking the practice field in what has been an eerie situation all season. Alualu fractured his ankle in the second game of the season, knocking him out for the rest of the season as well.

Pittsburgh has since relied on Chris Wormley, Isaiah Buggs, Henry Mondeaux, and Daniel Archibong to make up for the loss of Tuitt and Alualu, playing significant roles along the defensive line when they were signed/drafted with the intent to be more rotational/backup caliber players. The results have gone about as bad as you can expect for Pittsburgh who started out alright against the run at the beginning of the season but has since giving up 589 rushing yards in their last three games, bleeding explosive plays on the ground to opposing offenses. A new reality has set in for Steelers football as of late with multiple former players calling out the organization for playing soft and undisciplined, especially with their play in the trenches.

For many draft nerds like myself, the theme so far this season was that if Pittsburgh were to not select a QB of the future in the 2022 NFL Draft to replace Ben Roethlisberger that the wise move would be to either invest high draft capital along the offensive or defensive lines in hope of regaining that physicality and demeanor the Steel Curtain had been known for decades. Dave Bryan and Alex Kozora spoke about the issue on a recent edition of The Terrible Podcast, relating back to the Steelers team that won Super Bowl XL with a young Big Ben, having dominant play from their OL and DL carry them for most of the season.

The current New England Patriots team is another great example with rookie QB Mac Jones at the helm, relying on a stout defense paired with a capable offensive line to effectively run the ball and take pressure off their young QB. So, while it is a given that Pittsburgh should invest heavily into building up the lines on both sides of the football, which one should take priority? You could argue that OL is the more obvious with Chuks Okorafor and Trai Turner scheduled to hit free agency along with being unsold on how rookies Kendrick Green or Dan Moore Jr. will turn out as mid-round investments thrust into action right away.

However, the DL has a strong argument as well with Heyward turning 33 next May and Alualu turning 35 in the same month coming off extensive ankle surgery. At this point, it would be hard to trust the future of Stephon Tuitt with the team at this point as we have heard literally nothing about him, his condition, or his outlook in months. He is a phenomenal player when healthy, but he too turns 29 in May (must have a huge DL celebration in the offseason) and having near played a full 16-game season, are we likely to see a situation play out like that of G David DeCastro where the team unexpectedly decides to move on due to lingering injury concerns?

Still, you see a trend on melding the draft and FA together as most of the Buccaneers offensive line was drafted by the team, whereas three of the main starters on the defensive front were brought in out-of-house. Look back a year prior to the Chiefs Super Bowl-winning squad and you see a bunch of guys outside of Eric Fisher and Mitchell Schwartz having little-to-no draft capital on their offensive line and with more draft capital in guys like Chris Jones, Frank Clark, etc along their defensive line. The style of play with Patrick Mahomes potentially masked the need for a stellar OL, but that would end up catching up with them as we saw against the Buccaneers where they dominated the trenches.

This brings up the question: should Pittsburgh prioritize OL or DL in the upcoming draft? To be honest, I don’t think there is a clear answer. It obviously comes down to value at the draft selection that provides the best bang for their buck, but also what positions Pittsburgh manages to address via free agency. As you can see from the teams listed above, both utilized free agency to bring in talented playmakers along the trenches and built the rest of the unit through the draft. We will see what the future holds for the likes of Alualu, Tuitt, Okorafor, and Turner in Pittsburgh, but those will likely be the first dominos to fall to dictate Pittsburgh’s plans in FA prior to the draft.

Pittsburgh finds itself in position to have more cap space than usual this offseason, and while they have plenty of in-house players they will look to re-sign, one would figure that they would look outside of the organization to address the issues upfront they have been dealing with all season. Guys like Brandon Scherff, Cam Robinson, Terron Armstead, and Ryan Jenson are scheduled to hit FA for OL while guys like Akiem Hicks, Larry Ogunjobi, William Gholston, Jarran Reed, and Vernon Butler make up a strong DL crop.

The draft is full of talented options as well at the top and in the middle rounds that should help address the needs Pittsburgh doesn’t hit in FA, as such options will be covered heavily by yours truly as well as the other great members here at Steelers Depot. They could target elite options like Charles Cross, Ikem Ekwonu, Trevor Penning, Kenyon Green, or Tyler Linderbaum at OL early in the draft or guys like DeMarvin Leal, Jordan Davis, Phidarian Mathis, or Perrion Winfrey along the DL. As the saying goes, there are more than one way to skin a cat, and Pittsburgh will have a bunch of different options available to then to get the issues upfront fixed and improve trench play in 2022.

What are your thoughts on the current state of the Steelers’ offensive and defensive line? What unit do you think deserves to take priority? How would you go about addressing shoring up these units and how do you ultimately think Pittsburgh will address the situation this offseason? Please leave your thoughts in the comments section below and thanks again for reading!