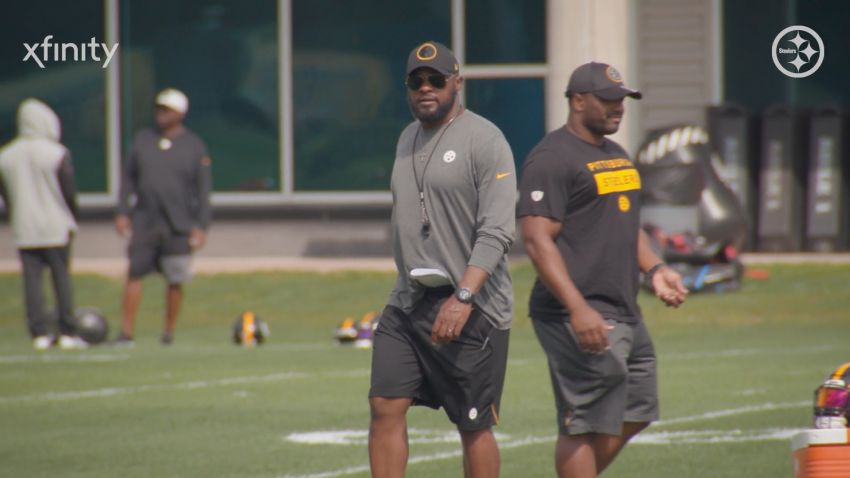 After getting whooped on the way the Pittsburgh Steelers have over the course of the last month, it was no surprise to know the pads came back on at practice. All in a desire to get more physical, be more fundamental, and show a sense of urgency as their season began to slip away.

Though Sunday’s performance against Tennessee was far from perfect, in fact, it was oftentimes downright ugly, Mike Tomlin is toning things down this week at the UPMC Rooney Sports Complex. He confirmed as much with the media during his weekly Tuesday presser.

“I didn’t acknowledge that I had planned on keeping practices physical this week,” Tomlin said when asked how he walks the line between keeping guys fresh but practicing with physicality. “I agree with Minkah, we’re gonna take care of their bodies.”

Talking with the media Monday, Fitzpatrick said his body was feeling the weight of the season, a 102-tackle (and counting) campaign.

“It’s gonna be hard for guys to go out there and in full pads and be beating each other up, especially at this point in the season. It’s tough to do that…I wouldn’t be surprised if we did that this week.”

Well Merry Christmas to Fitzpatrick. Practice is going to be the lighter version. Shorts and shells with less contact overall.

Head coaches always have to weight the risk/reward between rest and being physically ready for the game. Pittsburgh’s gone through the ringer this season and clearly, Tomlin is choosing to pull back a bit and rest tired bodies. From aging veterans to rookies trying to avoid the wall, everyone needs a breather. But Pittsburgh will still need to come out strong during this stretch run, needing to win at least two of these last three games to put themselves in prime playoff contention.

Hopefully with faster starts. They’ve been outscored 91-19 in the first half of their last five games but are outscoring opponents 95-59 in the second half over that same span. A slow start against the Kansas City Chiefs though Sunday could be an impossible hole to dig out of, as Tomlin noted.

“In recent weeks, their starts have been significant. The early outset of games they’ve been up by 14, up by ten, up by nine a couple of possessions into the game. Coupled with our recent experience, that’s just something that can’t transpire. We can’t play the game in that way.”