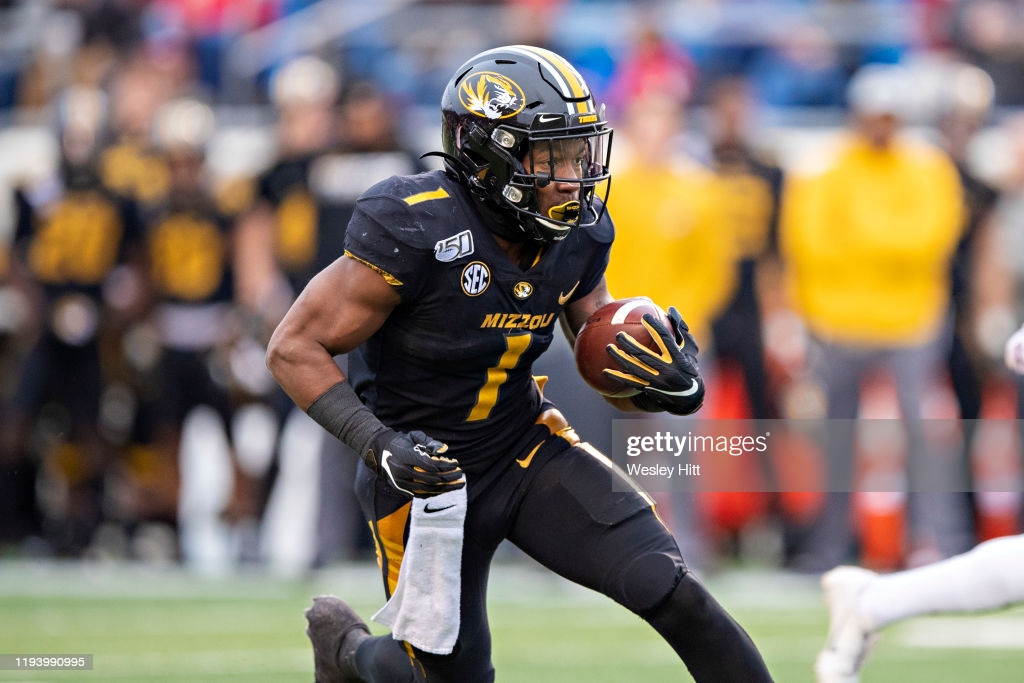 When the Black Knights take on the Tigers in Fort Worth Wednesday night, your attention probably should be devoted to the Missouri Tigers sideline as several potential Army draft prospects are either juniors coming back for their senior season of duty or would have to get a waiver from the Army to pursue a career in the NFL.

With that being said, your focus should be directed first to the secondary of the Tigers, specifically on CB #24 Allie Green IV. Teammate #26 CB Akayleb Evans has already opted out of the bowl game to focus on draft prep, but Green looks locked in to putting out more good tape for scouts in the bowl game. The 6’2, 202lb senior transferred from Tulsa for his final year of eligibility to play against SEC competition. While his ball production in college is limited (one INT in five seasons), he gets his long arms in passing lanes regularly, having that desired length at corner NFL teams want on the boundary. A physical player, Green likely hopes to be a late round pick come April.

Again, you better prepare to be physical when you're playing Allie Green IV (bottom of screen). He doesn't mess around pic.twitter.com/B1mzzASndl

On the offensive side of the football, make sure to watch for RB #1 Tyler Badie. The 5’8, 194lb senior is the leader of the Tiger offense, shouldering the load in what has been a breakout season in 2021. After playing more of a compliment role to Larry Roundtree, Badie took command of the backfield this season, racking up 268 carries for 1,604 yards (6.0 YPC) and 14 TDs while adding 53 receptions for 330 yards and four scores through the air. A dual-threat tail back, Badie doesn’t have the size to carry the load as a workhorse, but his receiving chops are commendable as the 50-reception mark is tough to hit. Look for Badie to make a nice satellite back in the league.